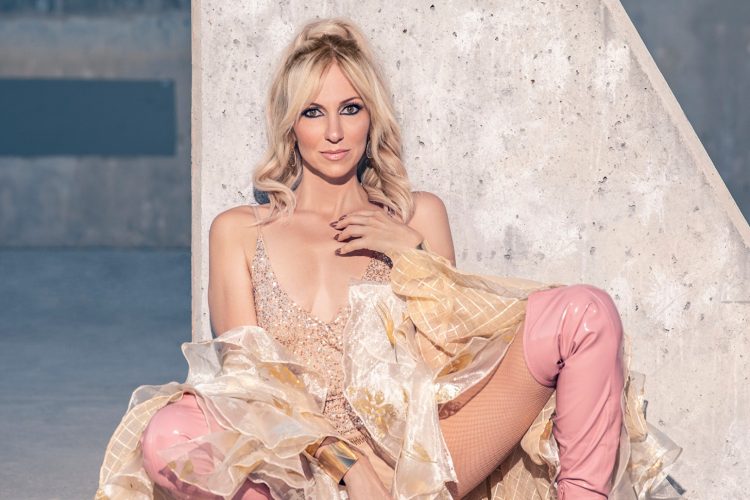 If you’re yearning for a bit of 80s nostalgia, a Debbie Gibson show brims with sequins, spandex, glitter and energy. Her show features choreographed dancing and three outfit changes. The pop star started out in a fitted black print sequin dress and pink glittery heels.

Gibson looked comfortable and content to be back on stage at the Wilbur in Boston on Thursday night for The Body Remembers tour, 20 years after she released her last album of original songs. There’s maturity and depth in songs on the new album. They’re still bold, fun and easy to dance to.

She started out sitting in a high-backed fuchsia velour chair but didn’t remain static. The 51-year-old Gibson moved all over the stage throughout the night. She chatted in between songs. There was an intimate feeling. Before singing an acoustic and slowed down version of “Shake Your Love,” Gibson said: “It’s always interesting to do songs I wrote as a teenager. I like to re-imagine the oldies in a new way.” She did a choreographed dance with back-up dancers on a number of songs including the catchy new song with Calypso vibes, “Love Don’t Care.” After changing into gray shiny spandex pants and a ruffled top, she sang the sassy “Runway” with the chorus: “I don’t mind if the world comes at me one more time, because my life’s a runway and I’m the star. I don’t mind cause the haters be hating from the sideline…” Gibson stood on the drum platform for “Electric.” She sat at the piano for the ballad “Lost in Your Eyes.” She sat on a stool in a spotlight for the slower ballad, “Foolish Beat,” her first number one single from 1989. She became the youngest person to write, produce and sing a number one song.

Gibson has had a successful stage career, performing in London and on Broadway. She and Boston native Joey McIntyre (NKOTB) had a Vegas residency. She’s clearly comfortable performing. Between the choreography, the carefully curated set-list and outfits, Gibson clearly puts immense thought and effort into her performances. Her final outfit change: a Grease-inspired look of sequined black spandex pants and top (she performed as Sandy in London’s West End).

Superfans knew all the words to the songs but Gibson herself forgot some of the words. She called Cliff, an Australian superfan, up on stage to hold his iPhone with the lyrics for her to sing “Without You” from the Electric Youth album. He flew all the way to the United States to attend nine shows. She closed the show with a rousing version of “Legendary” (with its chorus “Why be ordinary when you can be legendary?”) and then a melancholy, gratitude-filled song she wrote for her recently deceased mother that she plans to feature on an upcoming holiday album.

I wasn’t a Debhead before the show, but I am one now.