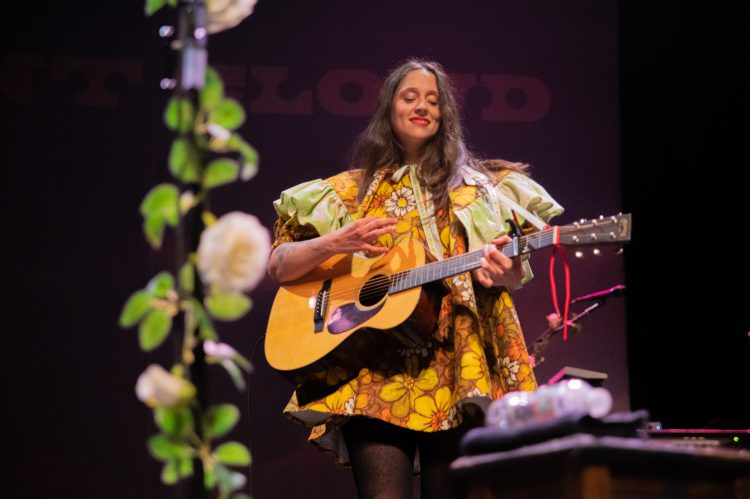 Alabama born singer-songwriter Katie Crutchfield, vocalist and lone permanent member of folk outfit Waxahatchee, took some time during the groups show last week to tell Boston fans that some of her favorite shows under the Waxahatchee moniker have taken place in Boston. It’s pretty easy to take her at her word considering the show was one of the largest headline dates on her tour taking place at 3,500 capacity Roadrunner which was nearly full. Crutchfield and her band are out on tour promoting their 2020 album Saint Cloud which peaked at No. 2 on the US Folk charts. With support from Chicago indie duo OHMME, Waxahatchee played through a set of new tunes and old favorites for the Boston crowd. Check out some pictures from the scene below.