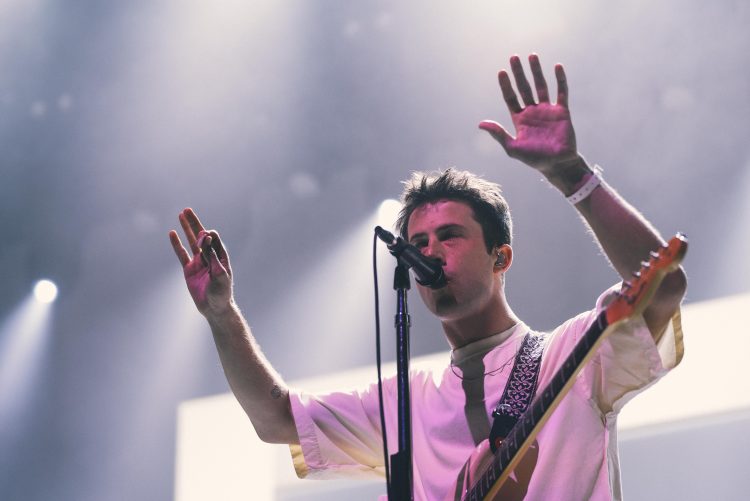 Editor’s note: In March of 2020, one of the last shows we were able to cover was at Fete Music Hall in Providence, RI. The headliner that night was Los Angeles alt-rockers Wallows. Since the pandemic, Wallows have released their sophomore LP Tell Me That It’s Over, an album that charted their highest to date in the US, and landed them on the charts for the first time in the UK, Ireland, and Australia. Currently one of the hottest groups in indie music, Wallows were in New England last week, playing at a sold out Roadrunner where Kelsey Lockhart was in attendance capturing images for New England Sounds. Check out her photos below, including some of support act spill tab.

Listen to Wallows’ new album Tell Me That It’s Over – HERE.