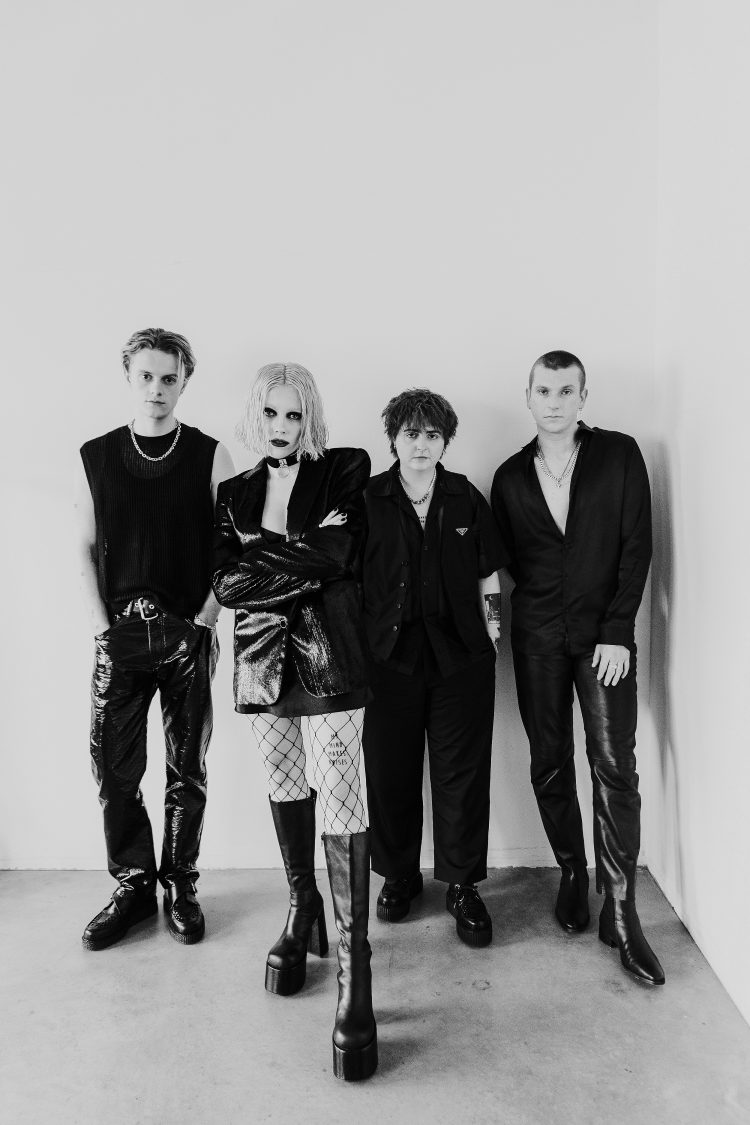 Pale Waves are already busy dropping a new record this summer, coming fresh off the acclaimed record,  Who Am I  that dropped just last year. The band hasn’t taken it easy, though, coming in hot with the third single off the upcoming Unwanted (8/12 via Dirty Hit), “Jealousy”, just last week, and we’re all in. Teasing an album filled to the brim with anthems reminiscent of pop-punk legends like Avril Lavigne and Pink that came before them, the anthemic “Jealousy” is a massive banger. Chockful of self-awareness and carefree nature, lyrics like “In my defense, Jealousy is my best friend” hooks the listener immediately. The track is a punk rock anthem that reeks in a good way of 2000s goddesses like the acts mentioned above. For those familiar with the band, the pandemic was where the band indeed emerged with their critically acclaimed album, Who Am I? An album that screamed girl power and an intimate look at losing the one you loved with significant moments like “Change,” “She’s My Religion.” A personal anthem for this journalist, “You Don’t Own Me,” also came into the airwaves at a pivotal time of the world’s return to the “normal” we’re experiencing.  It’s an album that screamed the need to be performed on the stage when it was simply something that couldn’t come to fruition at the time of release.

But, now that time is here. and the band is coming back to the live stage in a fiery way. “Jealousy” is the third single released off the band’s upcoming album, previously hinted at with “Lies” and “Reasons to Live.” While Who Am I? was reminiscent of early Halsey days pop energy’, these new singles are leaning more toward the anthem-driven routes previously taken by career musicians like Avril and Pink. But the road Pale Waves is taking will surely bring them to a different level. The band’s catalog thus far has made the live show sets a sure-to-be hit parade, and finally, we’re at the point where the band will genuinely get to showcase why this band will be one everyone will be talking about this fall onwards. The band is currently taking on their first shows in the US since pre-pandemic by opening for 5 Seconds of Summer this summer and can be seen at festivals like Riot Fest and Firefly later this year. But Boston gets a taste when the band takes on the Leader Bank Pavilion this Saturday night.

It’s no secret that while touring has returned hugely; it’s been an arduous journey for international bands returning to the states. So supporting these acts is crucial right now. Tour cancellations have been happening, crews being able to get their visas processed has been insane; the list goes on and on. So if you can, go to the show, buy a T-shirt, and sing all the words!

Pale Waves play Leader Bank Pavilion on Saturday, July 9th with 5 Seconds of Summer. Verified Resale tickets for the show are available HERE. Gates open at 6:00pm and music starts at 7:00pm, the event is all ages.