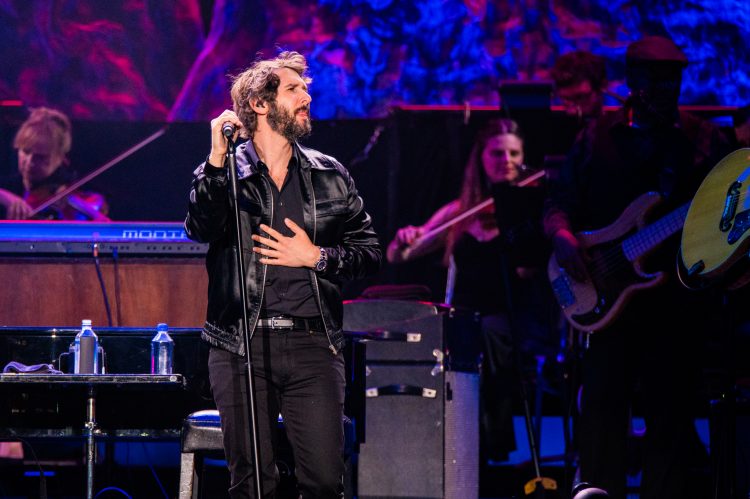 In the early 2000’s it was virtually impossible to exist and not know the name Josh Groban. Performing everywhere from the Super Bowl to the Nobel Peace Prize Ceremony and appearing on popular network television series such as Ally McBeal and Glee, Groban became a certified global sensation. These days he still draws enough fans to sell out NHL and NBA arenas on the regular, but he mostly sticks to touring and recording, though he does occasionally find some time to join Broadway productions and earn Tony Award nominations. During the pandemic he released his ninth studio album, Harmony, and he’s currently embarked on a headline tour to promote the record. Last week, he arrived at Leader Bank Pavilion in Boston where a nearly sold out crowd awaited him. With support from Preservation Jazz Hall Band and Eleri Ward, Groban delighted the audience on a breezy Wednesday evening.