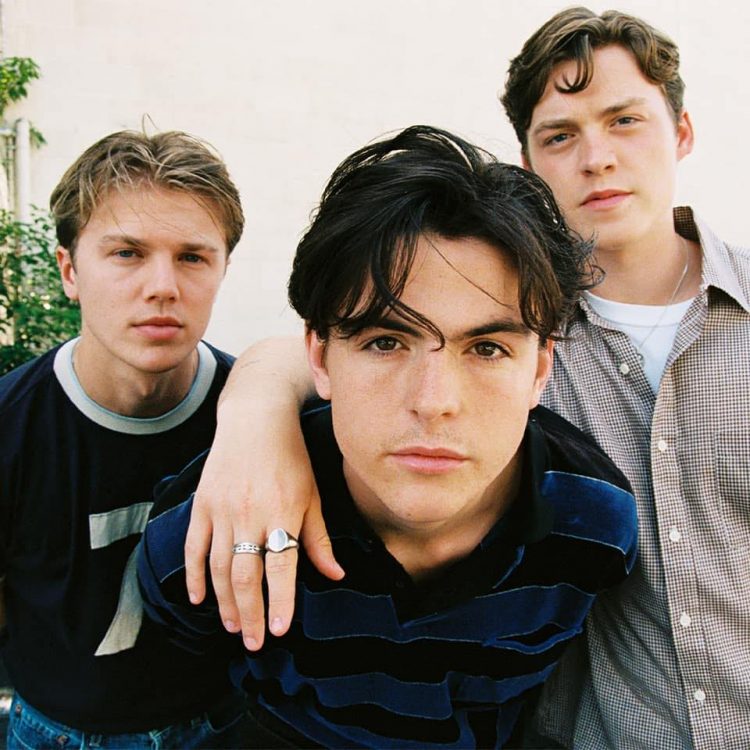 It feels like everyone and their mother are on tour, and while that is a fantastic thing, I’m so happy I can write it in a sentence; It can be overwhelming. Of course, you’ll miss something, and bands will slip under the radar, but sometimes it’s a pleasant accident to go see a band you haven’t seen before. For me, that latest find was the longtime UK act New Hope Club, who played their first show in Boston in five years just under two weeks ago. The band’s long-anticipated return went down at Brighton Music Hall to a packed room, leaving me thoroughly impressed.

In the classic, for a good reason, style, the band was clad in button-downs and fitted pants as any UK band should, and the energy that has become known from a UK classic indie rock performance became the standard for the rest of the night. Kicking off the set with the clear fan favorite, “Getting Better,” and quickly headed into “Medicine,” the crowd interaction began almost instantly with the crowd. Frontman Blake Richardson quipped after the former track, “You gonna sing a little bit with us?” and the banter became endless to the crowds’ content with Richardson after the latter number, “Medicine,” saying, “This feels good, doesn’t it?”

From there, the set flowed seamlessly, featuring clear favorites for fans like “Love Again” and “Let Me Down Slow” and a ton of unreleased material for the band. These tracks included moments like “Whatever” and “I Like Your Face,” with Richardson endearingly saying to the crowd, “I like your face, all of your faces.” The band shook up the set throughout, be it from Richardson jumping on drums for “Don’t Go Wasting Time” to pausing their set for the band to take a celebratory shot to honor “A birthday in our midst” for their drummer.

It’s been five years since the band had played Boston, and they made up for it with a constant hits parade for their audience. The band’s packed encore included hits like “Permission” and “Girl Who Does Both”. New Hope Club put on a seasoned performance and blew away any expectations. The stage is where this band’s music takes on a new life and easily is one of the most genuine performances I’ve seen in a minute.

The fans’ reaction said everything as they ran to the merch table post-set and sang every word throughout the performance. Don’t miss out on a band whose journey will only get wilder.