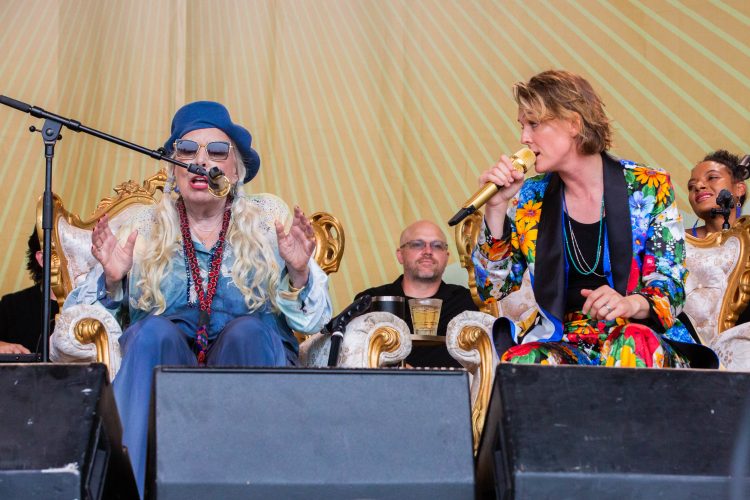 Editor’s note: To say that the third and final day of Newport Folk Festival was a special one, would be a gross understatement. One of the best parts of Newport Folk Festival is the surprise guests who usually come out. This year might have been the best surprise yet, as the legendary folk artist Joni Mitchell came out during Brandi Carlile’s set to play her first full set in over 20 years. Rumors had begun to swirl early in the day that it would be a possibility for her to perform, but even when she emerged to perform there seemed to be a collective wave of emotion passed through the grounds. Check out photos from Day 3 below.