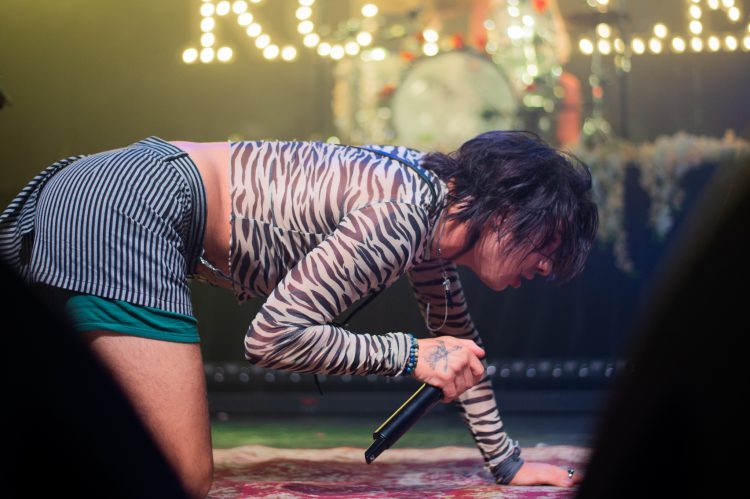 Chaotic hard rock band Palaye Royale are currently on the road ahead of the Oct. 28th release of their fourth studio album, Fever Dream. The Canadian-American group brought their high octane, anything-can-happen live show to Boston’s House of Blues where they had previously shined back in February in an opening slot for British rapper Yungblud. By the shows end, vocalist Remington Leith would be seen leaping from the venues second floor balcony onto the stage, much to the delight of the band’s fans and much to the dismay of the venue’s security. You can check out some exciting visuals from the band’s performance below.

Photos: Palaye Royale at House of Blues in Boston, MA on September 23rd, 2022: