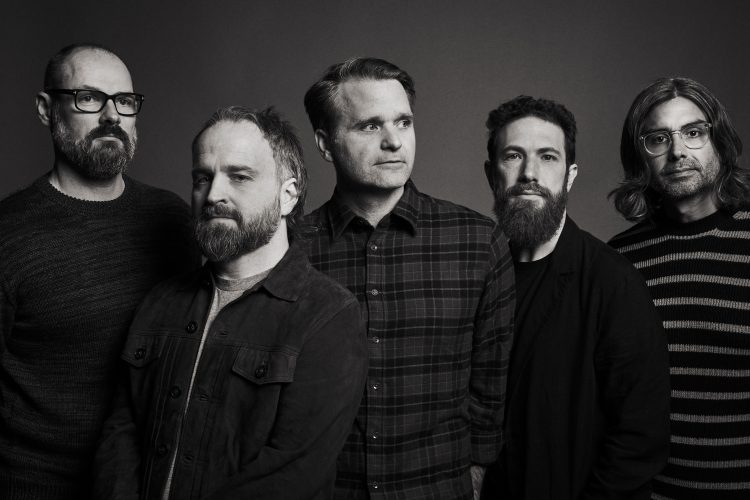 Alt rock giants Death Cab for Cutie just released their tenth studio album, Asphalt Meadows, two weeks ago to rave reviews from those familiar with the genre. They’ve been making the rounds on the late night and early morning talk shows since earlier this summer, they recently took to Jimmy Kimmel Live! on Sept. 16th to play the title track from the new album.

Talking about the album, the band says: “The day that for so long felt so far away is finally here. Our new album is out, and we could not be more relieved and thankful. We made it. We found our way through a very dark time and have arrived with a record that is a reflection of everything we’ve done and everything still to come. We hope you love Asphalt Meadows as much as we do – it belongs to you now. We can’t wait to see you at all the shows ahead. As always, thank you for listening.”

Death Cab for Cutie’s last album Thank You for Today was released in 2018. That album saw the band entering its second decade by both expanding and refining its signature sound, with highlights including lead single, “Gold Rush,” which reached #1 on Billboard‘s “Adult Alternative Songs” chart.

Continuing to reinvent themselves the band recently unveiled a one-of-a-kind listening experience for then-unreleased “Rand McNally,” which was made available for exclusive, in-person listening during the week of September 9th (via geotagged map) anywhere the band has played throughout their storied 25-year career. Fans were able to unlock the song at over 800 locations across the globe, ranging from The Pacer House in Bellingham, WA to New York’s legendary Madison Square Garden to Tokyo’s Astro Hall. Wired, who interviewed founding member and bassist Nick Harmer for a feature story on the unique initiative, declared, “Launching ‘Rand McNally’ via geotag felt like a natural extension of the band’s touring history, as well as a way to pay tribute to the thousands of fans who have come to see Death Cab over the years.”

To promote the album they have kicked off US headline tour, featuring support from Real Estate, Thao, Chong the Nomad, and Yo La Tengo on select dates. The run kicked off September 22 at The Sylvee in Madison, WI, and culminates with a sold-out, two-night hometown finale at Seattle, WA’s Paramount Theatre on October 26 and 27.

The tour will be in New England tomorrow night, October 1st, at Leader Bank Pavilion in Boston, MA. The show starts at 7:30pm with support act Thao kicking things off. Tickets for the show are available HERE.