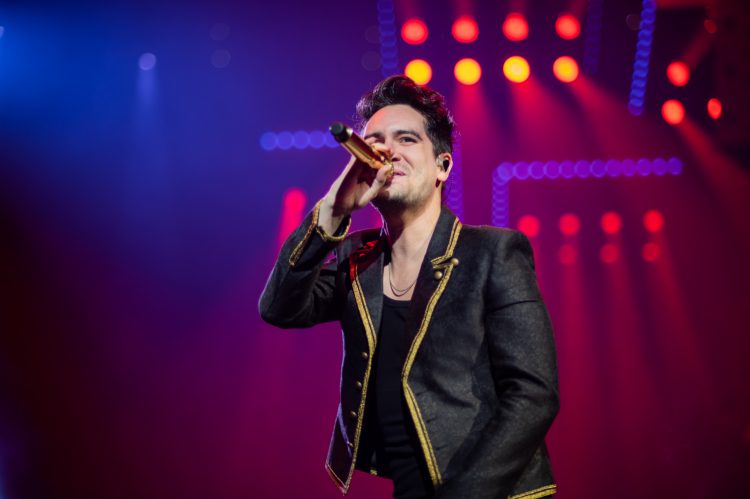 After a run of three consecutive platinum-selling albums, Panic! at the Disco are back in 2022 with their latest salvo of songs on the album Viva Las Vengeance. A lot has changed over the years for Panic, and currently Brendon Urie is the lone permanent member of the band. Urie wrote and recorded the latest album by himself, with contributions from noted songwriters Jake Sinclair, Mike Viola, and Butch Walker. The record debuted at No. 13 on the Billboard 200. Urie, along with his touring band recently kicked off the Viva Las Vengeance Tour where the band perform the new album in full in the middle of their set. Last week the tour rolled into New England, stopping at Boston’s TD Garden with support from MARINA and Jake Wesley Rogers. You can check out photos from the show below.