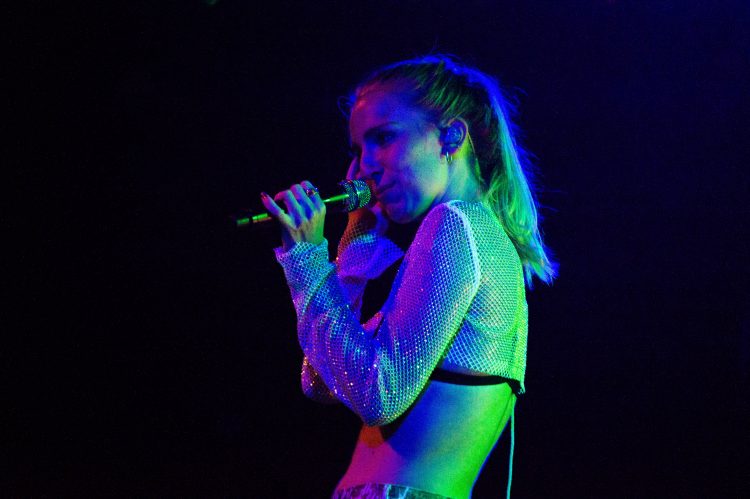 The last time Maude Latour performed in Boston it was April 2021 and she was playing two nights sold out at the Sinclair. Six months later, she’s back kicking off her first night of her What Is This Feeling Tour at Paradise Rock Club to a sold out audience. Along with her tour kick off, her EP 001 was being released at midnight, so it was an exciting night for her and her fans. The set list was mixed with new songs that have never been heard or never been played live and some throwbacks.

Latour’s last few months have been nothing but milestones. She graduated from Columbia University in May and then finished her first tour. This summer she played Lollapalooza, wrote and released her first EP and embarked on her second tour.

Having been lucky enough to have seen Maude’s first shows in Boston it is always fun to compare the artist’s first tour to their second. The comfort that Latour has on stage was evident in her fan interactions as well as her upbeat energy that lasted from the first song to the encore. Attending the fist show of a tour is always special because nobody knows the setlist and this one was especially unique because her EP was out that night as well so everyone was hearing new songs live for the first time.

Maude’s shows are always a fun time from start to finish. I cannot wait to see her grow after this EP and catch her back in Boston on her next tour.