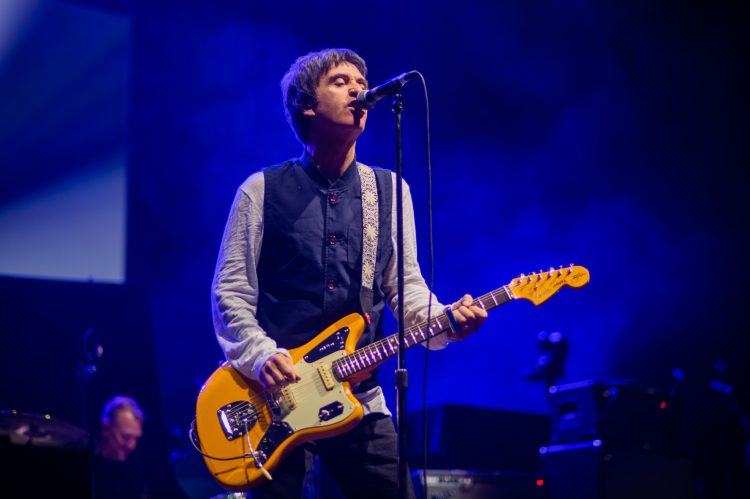 Legendary British musician and co-founder of The Smiths Johnny Marr has long built a reputation as the Anti-Morrissey. Working as a credited member of more than five major international touring bands, and countless other appearances as a session member. Marr’s easygoing nature has landed him some surprising roles in unexpected places. The latest of those is direct supporting role opening for The Killers on their US Tour. With 40-45 minutes a night, Marr has been taking audiences through a selection of songs from his solo records as well as a few Smiths tunes and a cut from his time as a member of the dance-rock duo Electronic. Marr is officially promoting his latest studio album Fever Dreams Pts 1-4, a double album that followed up two EPs of the same name. Check out some photos from Marr’s set below.