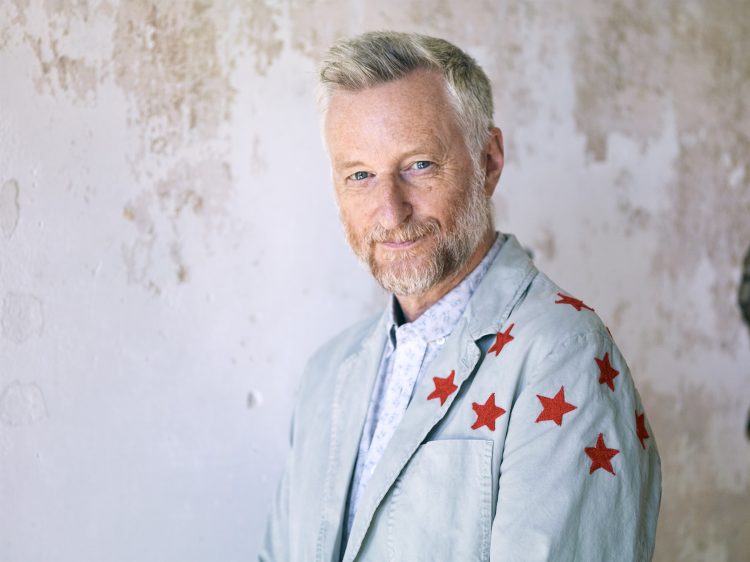 Guitar in hand, Billy Bragg strode onstage and started singing  “A Lover Sings,” his classic song from the 80s. It was just Billy and his guitar with a keyboardist to back him up on Saturday night at the nearly sold-out Wilbur Theatre in Boston, the perfect venue for his two hour show of songs, stories, rants and observations. The audience experienced roller coaster emotions from joy to sadness to anger, as Bragg expounded on a range of topics from climate change to women’s soccer to trans rights. Bragg is funny and self-deprecating too. There were jokes. During lockdown, he polled his followers and determined that the “average Billy Bragg fan would rather go to bed with a good book than me.”

Last year, Bragg released his 12th studio album, The Million Things That Never Happened. In introducing the forlorn title track, he said that when asked what we did during the great pandemic, most people will only be able to come up with the things they didn’t do. He wrote the engaging, catchy song “Freedom Doesn’t Come for Free” after reading a book called A Libertarian Walks Into a Bear, about libertarians in Grafton, New Hampshire who tried to create a rural utopia with no rules and regulations. Bragg talked about the new King of England and recent events in Iran. “Theocracy puts women at the bottom of the pile,” he said before singing a pretty, lullaby-esque “The Buck Doesn’t Stop Here No More.”

Billy Bragg is the consummate performer and folk singer as he sings a mix of romantic, observational, political and protest songs. The 64-year-old singer/songwriter, activist and author has been writing and performing music for four decades. Most singers lose their speaking accents when they sing, but not Billy Bragg. He sings just like he speaks. Rousing riffs and layered melodies highlight his talent.

Bragg is that cool elder who reads books, shops at thrift stores and remains open and engaged. He cares about people and the world. I love envisioning him on a day off, puttering around at a thrift store, reusable coffee cup in hand. He has an app on his phone to locate thrift stores while on tour. He remarked that since he started wearing glasses most of the time he looks like an author. “I am an author,” he said. (Bragg is the author of three books.) He also joked that people in front were breathing in the “booky vibe and socialist pheromones.”

Including the encore, Bragg performed 20 songs–six from the latest album as well as popular songs like the gorgeous “A New England,” moving “Levi Stubbs’ Tears,” and effervescent “Greetings to the New Brunette.” Before singing “All You Fascists Bound to Lose,” he expressed dismay at the election of the neo-fascist party in Italy. Before playing “There is Power in a Union,” Bragg said that young Starbucks and Amazon employees invited him to play on their picket line. He sang “King Tide and the Sunny Day Flood” for Florida, noting that this recent hurricane is a hint of what’s to come with climate change.

Bragg explained that he changed the wording of his 1991 hit song “Sexuality” to align with the trans and non-binary community. He noted that he trended on Twitter after doing this. He changed the lyrics from “Just because you’re gay, I won’t turn you away. If you stick around, I’m sure that we can find some common ground.” to “Just because you’re they, I won’t turn you away. If you stick around, I’m sure we can find the right pronoun.” (Not going to elaborate how they isn’t the ‘wrong’ pronoun for those that choose to use it.). He did have a handful of hecklers in the audience. One heckler told him to “stick to sports.” He told the heckler: “I’m a 64-year-old bloke. Calm down.” He added that most of the audience came of age in the 80s and 90s. “We’re not going to be hip anymore or pretty either,” Bragg stated. “All of us in this room have a responsibility to counter the threat of male violence,” he stressed.

He espoused the benefits of socialism for the common good. “Empathy is the currency of music,” he said. “All songs are ultimately about empathy.” He noted the solidarity in being in an audience at a music gig. It gives us validation and a feeling you’re not alone, he noted as he performed “I Will Be Your Shield.”

This rousing conscious-raising set and call to action exhilarated most audience members and left everyone with much to contemplate and absorb. Bragg noted that he turns 65 this year (his birthday is in December) and that he’s “just a guitar player. No foot pedals.” He may be “just” a guitar player but he’s one who clearly understands the power of music and the effects of his words. Bottom line: have empathy for others and vote. The show will definitely be on my top five list of shows for this year.