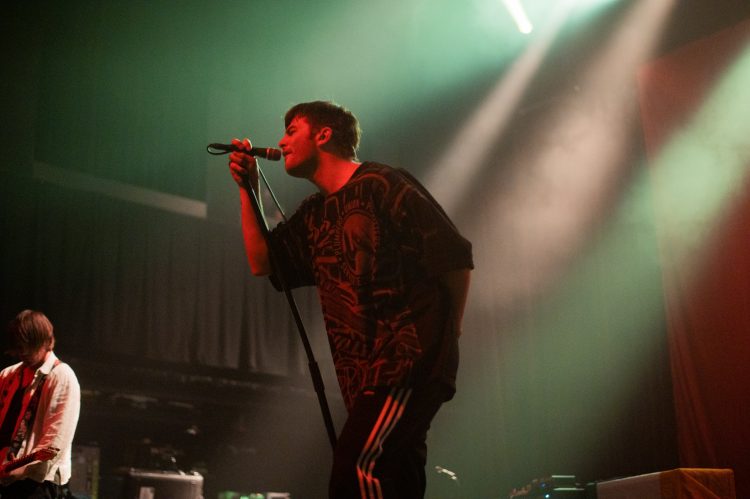 Irish post-punk outfit Fontaines D.C. visited New England earlier this month, stopping in Boston, MA for a show with British artist Wunderhorse, who was playing on the eve of his new album release. Fontaines also released a new album this year, dropping Skinty Fia back in April. The Boston show was originally scheduled to take place back in April at Paradise Rock Club but was postponed due to vocal issues with singer Grian Chatten. The rescheduled show received a venue upgrade and saw a sizeable turnout to see both acts play. Check out photos from the show below.