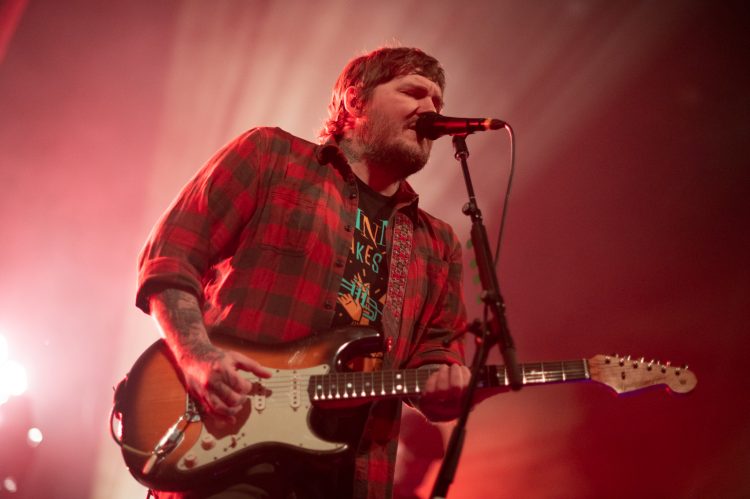 New Jersey rock group The Gaslight Anthem are on their second reunion tour since announcing a hiatus in late 2015. In contrast to their 2018 reunion however, the band shares that they’re once again a full time unit and are currently in the process of writing their sixth studio album. Last week during a tour stop in New England they played a retrospective set of songs from throughout their catalog. Six of the nineteen songs on the setlist were from their 2014 album, Get Hurt, the last album the band released before their hiatus. Frontman Brian Fallon made a point to entertain fans with some banter as well, referencing everything from Mark Wahlberg to the New York Jets recent struggles. Opener Jeff Rosenstock and his backing band got things going before Gaslight’s set with some punk rock antics and a colorful set. Check out some visuals from both acts below.