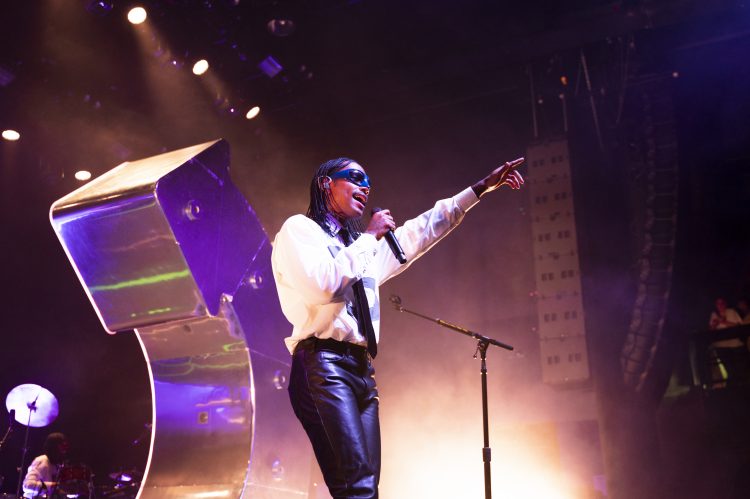 Editor’s note: Modern funk-master Steve Lacy released his sophomore LP, Gemini Rights, back in July and the record immediately shot up the Billboard charts to No. 7 on the overall albums chart. It was powered by the hit single “Bad Habit” which currently sits at No.1 on the Billboard Hot 100, dethroning Harry Styles’ “As It Was” three weeks ago. Lacy is on the fast track to stardom already as his show was originally announced for the 1,300 capacity Royale but had to be upgraded to the 3,500 capacity Roadrunner. Check out some absolutely stunning visuals from the vibrant performance below courtesy of David Martinez.