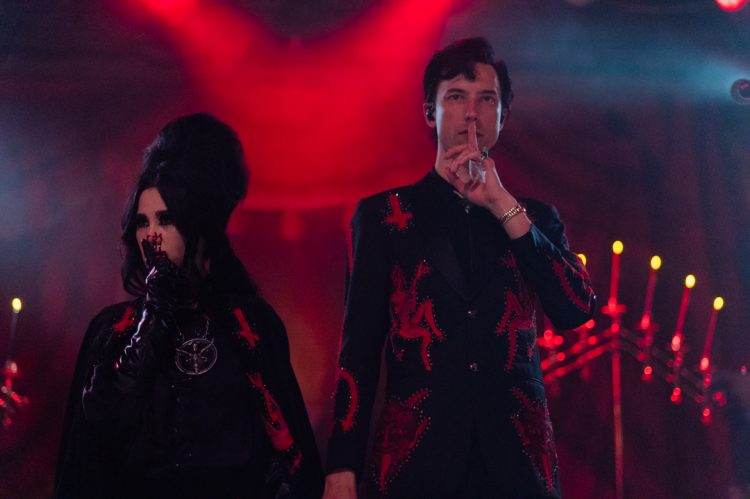 Satanic doo-wop (yes, really) group Twin Temple visited New England mid October to bring some pre-Halloween spooky vibes to The Sinclair in Cambridge. The married duo of Alexandra and Zachary James are self proclaimed practicing satanists and their live show includes way more than just music. This tour marks their first headlining tour after spending most of their career opening for larger bands on big stages. Their act has even drawn the ire of conspiracy theorist Alex Jones who spoke about them on his show. At the Cambridge show they were supported by folk punk rockers Bridge City Sinners. Check out photos of both bands below.