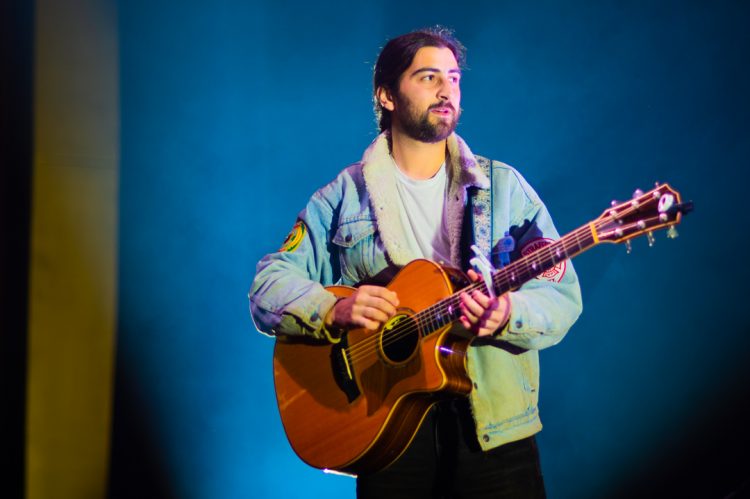 Noah Kahan may soon be the biggest name in music to come out of New England since John Mayer’s Grammy-winning single “Your Body is a Wonderland” propelled him to international superstardom in the early aughts. He earned a record deal with Republic Records in 2016, achieved his first gold-certified single “Hurt Somebody” in 2017, and released his major label debut, Busyhead, in 2019. However, it was earlier this year when his song “Stick Season” the titular track for his new studio album, went viral amassing over 60m global streams that things started to get real. He has since begun an entirely sold out North American tour that included four sold shows at Higher Ground in his native Vermont. Recently, he played at Boston’s MGM Music Hall at Fenway to a capacity crowd of 5,400.Check out photos from the show, including some of opener Adam Melchor below.