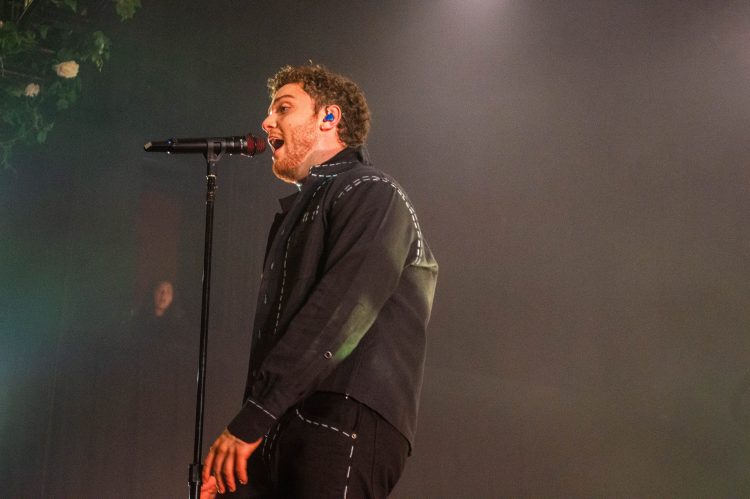 The sold out crowd packed House of Blues Sunday night, with anticipation of seeing Bazzi. It’s been three years since he released his last album, so when he released Infinite Dream, on September 16th 2022, fans were eager to listen. The album is a look into the dreams and realities of the singer, and the tour is no different.

The stage was covered with a white curtain distorting the appearance of what could lie behind it. The music for “Infinite Dream” which shares the same name as the album, began and Bazzi appeared on stage as a shadow behind the white curtain, the beginning of the story he was about to take us on through the concert.

The curtain dropped and the impressive stage set-up included flowers around the stage, a bed in the middle and an LED screen behind the band that portrayed corresponding images with his songs. He began with “Lost in the Simulation” and immediately asked for crowd participation in singing or moving their hands.

He continued into his set and started talking to the crowd trying to see if they could guess his Halloween costume, which was Elvis. Bazzi’s infectious energy lasted the entire set as he weaved in songs from his other two albums Soul Searching and COSMIC which appealed to both new and old fans.

The vocals and crowd interaction that was expressed during Bazzi’s show Sunday, is clear why his fans are so passionate about the talented star. With such amazing talent and personality, I cannot wait to see all of the success and catch him the next time he is in Boston!