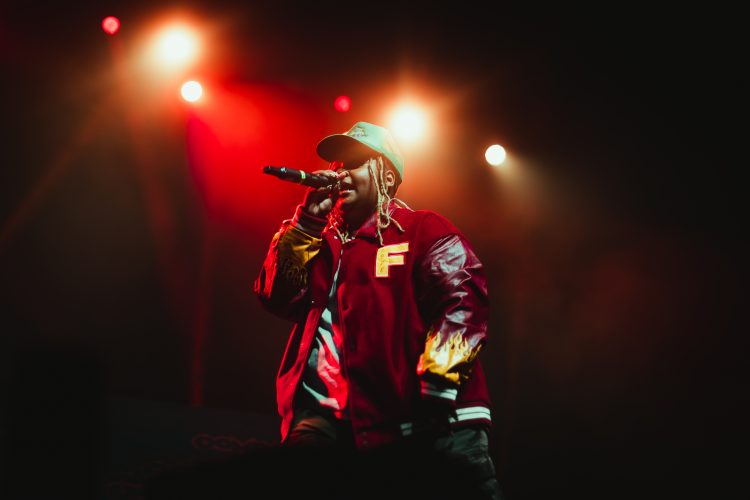 Editor’s note: Early last week college students around Boston were alerted to a free pop-up show presented by Xfinity and eSports franchise FaZe Clan. Initially, the show was to be headlined by Migos member Offset. However, after the death of his bandmate Takeover he withdrew from the lineup. So in stepped Trippie Redd to headline The Gig. The support acts were always slated to be Atlanta-based rapper Ken Carson, and Boston’s own Oompa. Oompa is coming off last year’s release of her sophomore studio album, Unbothered, and performed at this year’s Boston Calling back in May. Faith Nguyen was on hand at The Gig on behalf of New England Sounds, check out her photos below.