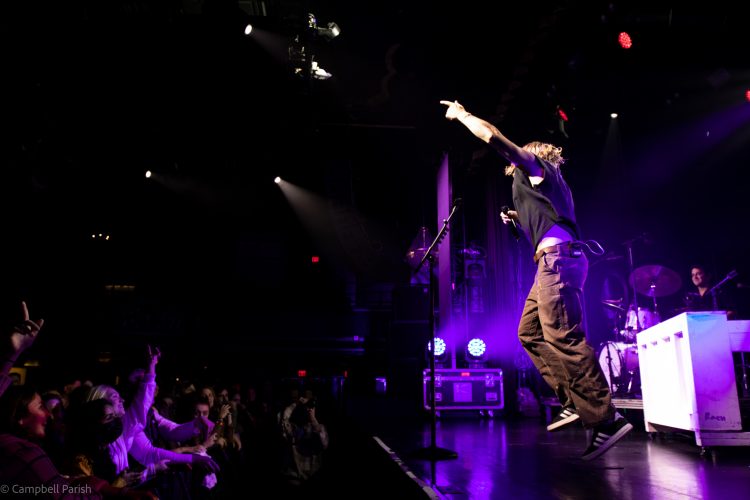 Editor’s note: Singer-songwriter and producer Jake Scott has worn many hats in his young career, whether it be co-writing songs for marquee names such as Carrie Underwood and Jason Mraz or writing and releasing his own material. His unconventional strategy of releasing one song each month from 2018 to 2020 has lead him to gain an audience of over 3mil monthly listeners on Spotify alone. He sold out every date of his very first headline tour earlier this year and just recently embarked on a second leg. That tour stopped by New England earlier this month where Scott played the Theatre District’s Royale Nightclub with support from Rosie. Check out photos below courtesy of Campbell Parish.