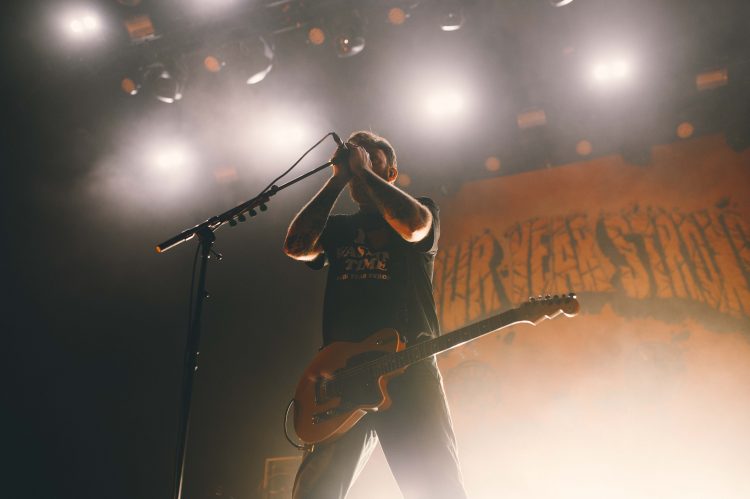 Editor’s note: Worcester, MA hardcore outfit Four Year Strong planned to celebrate the 10th anniversary of their fourth studio album Enemy of the World in 2010. But between the pandemic, and touring their latest release Brain Pain it’s taken until now for that to actually happen. Enemy of the World is considered the band’s breakout record as it was the first and only FYS record to date to crack the Top 50 on the Billboard albums chart. They’ve since released three more studio albums, including Brain Pain, and become a staple in the hardcore scene, especially in New England. Kelsey Lockhart was on hand for the hometown show of the anniversary tour, check out photos from the show below.

To order merchandise commemorating the 10th anniversary of Enemy of the World click – HERE.