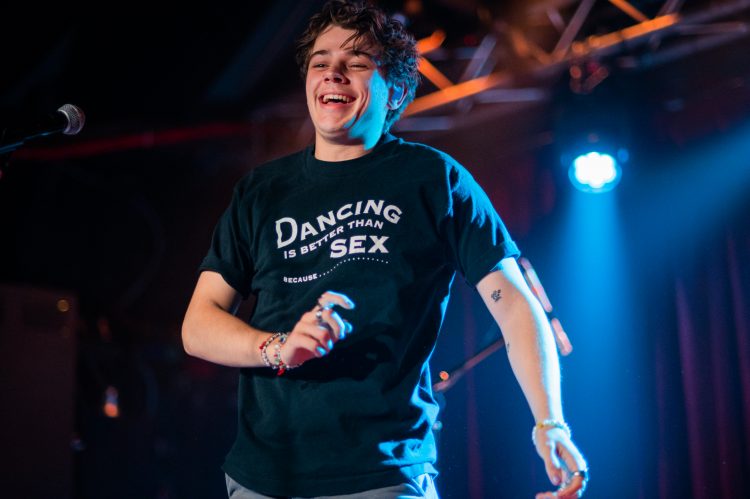 Singer-songwriter Thomas Headon was born in England, but his family moved to Australia when he was five years old. He has yet to release his debut album yet, but he’s already counting his Spotify streams in the millions. English born and raised indie pop singer-songwriter Alfie Templeman meanwhile released his debut studio album, Mellow Moon in May. That album debuted at No.1 on the UK’s Independent Album charts. Last week, the two brought their 2 Brits 1 Tour tour to Boston where they visited Brighton Music Hall. The night was full of high pitched screams and long bouts of dancing as the hype surrounding both artists came to a fever pitch in the local area. You can check out photos from the show below.