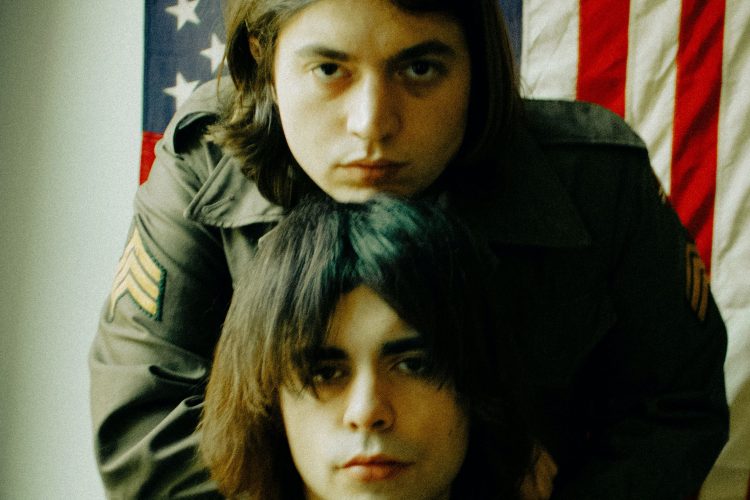 Grunge revival duo Laurel Canyon – Nicholas Gillespie and Serg Cereja – met two years ago through a mutual friend in their hometown of Allentown, Pennsylvania. After connecting over a shared interest in the French Surrealist poet Arthur Rimbaud, the two began to rehearse together in Serg’s garage.

By October 2020, Nick and Serg began composing original songs together, the first of which, “Two Times Emptiness,” was released May 1, 2021.

After breaking the ice with the first completely co-written song, they quickly found themselves with more than an album’s worth of material. This unique experience spurred them on to professionally record that first song that had opened the doors. After the release of “Two Times Emptiness” and “Enemy Lines,” Nick and Serg bought distortion pedals and established a relationship with veteran producer Bryce Goggin.

Between July and November of 2021 the group recorded a 5-track EP “Victim,” rounding out the line-up with bassist Dylan Loccarini and Chip Williams. The legendary artist Savage Pencil, who has worked with Big Black and Sonic Youth, drew the EP artwork which depicts Baphomet and members of the Manson family. Singles from the EP like “Daddy’s Honey” and “Eczema” have created a buzz online and were featured in Spotify playlists “All New Rock” and “Smells Like Stream Spirit.”

Laurel Canyon’s new Victim EP is available to stream now HERE. The duo will perform at the Whisky a Go Go alongside Agent Orange this coming July and you can pick up tickets to that show HERE.