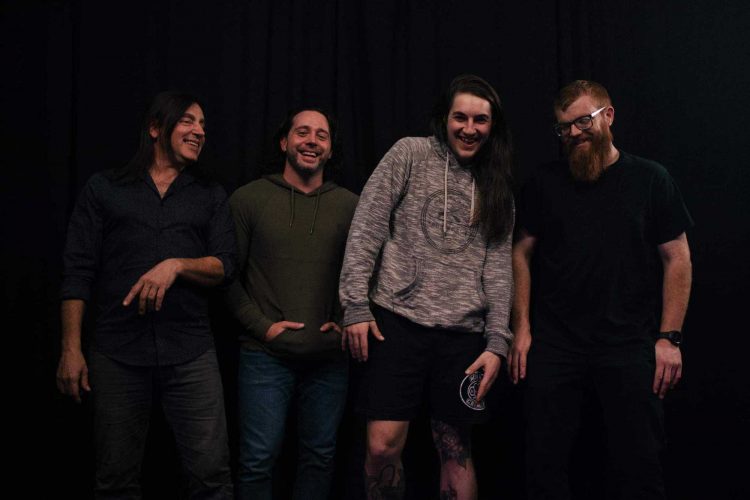 Earlier this week Boston’s Parts Per Million debuted an impactful new music video for “Placebo,” the video features heavy themes of domestic violence and the trauma that is often passed down from parent to child, from one generation to the next.

Filmed with longtime collaborators Revelry Studios in Manchester, New Hampshire, “Placebo” is the New England hard rock band’s latest captivating music video that takes their aggressive sound – an eclectic mix of grunge and driving guitar-fueled rock and roll and illustrates the story behind the music. It follows recent video collaborations with Revelry, like “Find The Light” and last year’s live cover of Childish Gambino’s “Me And Your Mama.”

“‘Placebo’ is a song and video that covers trauma that we encounter as children – both abuse and abandonment, and how it can trickle down through generations of families and cycle on to the next,” says Parts Per Million singer, guitarist, and songwriter Paul McSweeney. “People with abandonment issues or who have been abused often struggle in relationships, exhibit symptoms of codependency, have an inability to trust others, and a tendency to sabotage relationships or themselves. We often struggle with substance abuse, eating disorders, depression, and behavioral issues.”

“The video is about breaking out of that cycle, with the gun being a symbol of that trauma passed down from parent to child. This video is dedicated to anyone who still struggles with these issues, as well as those who are working out of these issues or have broken free of them completely.”

“Placebo,” the song, was originally featured on Parts Per Million’s 2017 debut album. But the band was never truly satisfied with its original recording, and rebooted it here to accompany its video companion. Allowing the visual’s storyline to marinate on its own merit, the track hits Spotify on January 21, the Friday after the video release.

“In the recent years of my life, I’ve made a lot of changes personally with a lot of help, which I think is the only way to deal with some of the things that some of us go through,” Paul admits. “A lot of the music I like tends to sit in a negative place, and if I find myself sitting in that headspace too long, it can be dangerous. A lot of the time the songwriting is initially getting some of that anger, pain, and frustration on paper. After that it’s about sorting it out, and trying to remind myself and people that everything is temporary and we can change whenever we want to. It took me a long time to recognize how beneficial or detrimental I can be to myself. Staying in the process of growth is the key.”

McSweeney admits there was some initial fear of viewers not understanding the underlying message of the “Placebo” video, and getting caught up in its violent scenes of Russian roulette. But he was quickly assuaged by those who pre-screened the visual and quickly identified the bold statement Parts Per Million were making.

“We don’t want to hurt anyone, but we hope people can see the symbolism in the video vs. taking it literally,” Paul says. “We were a little concerned at first, but we’ve talked to a lot of people and feel confident it will be understood. Originally when the song was written it was just about that feeling you’re left with in these scenarios. Once we started talking about the video, we wanted to really push the message of growing past the trauma. Music has always been the outlet for a lot of us to deal with some of the things we’ve been through, but we really want to push a more positive spin on it, even though the content is really dark.”