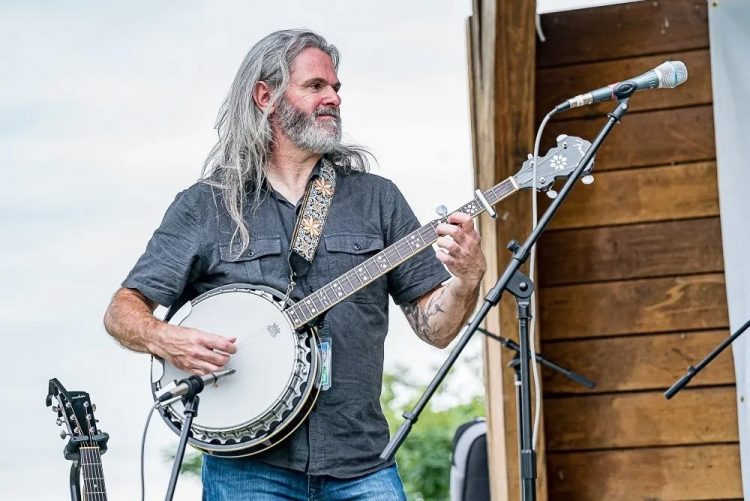 Veteran singer-songwriter, and member of Cardboard Ox, Steve Allain, has released a music video for his new single titled “Go To Glory”. The video was filmed and recorded live at Fort Foreclosure in Warren, RI, the home and studio of prolific artist William Schaff. The video gives the viewer a glimpse into the beautifully strange world that Schaff has created. “Go to glory means to die, or to be destroyed. Much of Schaff’s art deals with death and loss, so I found it to be a perfect place to record this song, and to film the video.” noted Allain.

Although the song’s topic may evoke uncomfortable thoughts and feelings, Allain delivers this song from a different perspective. He explains, “I tried to approach this song with an attitude that doesn’t center on fear or sadness, but instead, a peaceful acceptance of death. But I am hopeful that it will also serve as a reminder, at least for myself, to live each moment as present as possible”.

When COVID-19 hit, and shut down nearly all live playing opportunities, Allain kept busy by writing a considerable amount of new music. Allain says, “I’m in the process of recording a brand new solo album that I plan to release in 2022.” During the pandemic Allain has utilized his Facebook page, you can see some of the fruits of his labor on it. He has released many videos of himself performing new originals, old familiar ones, and some tasteful covers. Keep an eye out for more music and video releases throughout the year, and for the new album.