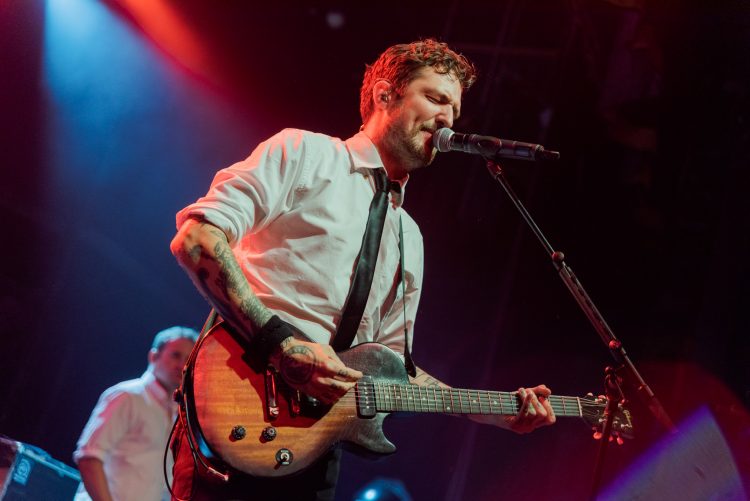 Today we’re going to introduce a brand new phrase to your vocabulary, the term is “New England Slam” and it is when a national or international touring act announces a tour with dates in all five New England states. England’s Frank Turner, a longtime favorite in New England, has announced just that, five shows, with one in each New England state. Now, full disclosure, two of the dates (Manchester, NH and Providence, RI) will come in the form of matinee solo acoustic sets by Turner, but we’re going to count it anyway.

On Tuesday, Turner announced the full itinerary for his “50 States In 50 Days” tour, an ambitious journey through the U.S. that will hit each and every state. Running during June, July and August, “50 States In 50 Days” will include performances at proper venues, daytime shows, festival dates, record store performances and more, and will be supported by The Bronx and PET NEEDS on all dates with Avail, The Bouncing Souls, Face to Face, AJJ, The Riverboat Gamblers and Amigo The Devil in select markets. Tickets will go on sale this Friday, February 25 at 10 a.m. local time and a listing of dates can be found below. 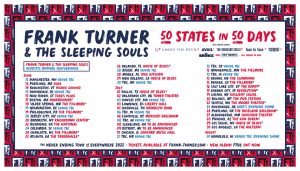 Turner had the following to share about the upcoming tour: “Well, I’ve been unable to tour properly for a couple of years now, and always said that when I could get back to it I’d do it properly. So here we are, folks — every single U.S. state! I can’t wait to bring ‘FTHC’ to my American friends.”