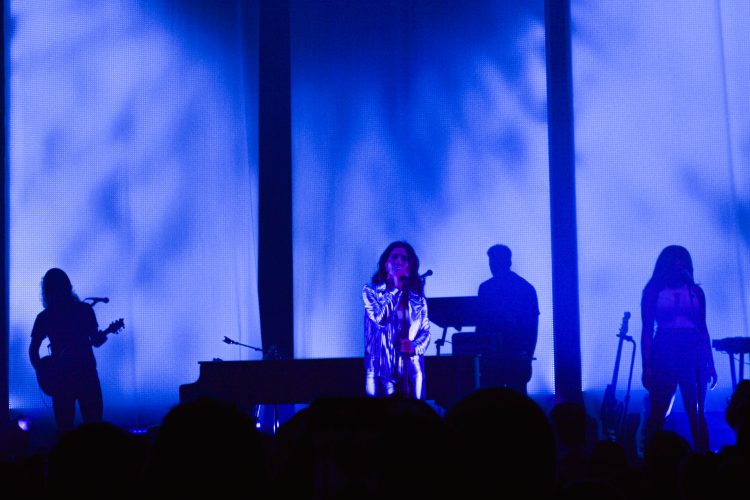 MARINA (formerly of as Marina and the Diamonds) has had a long history of performing incredible shows in Boston dating back as far as 2010. It was her standout performance at the inaugural Boston Calling in 2013 that not only earned her many new fans in the region, but also helped catapult her into the spotlight and establish her reputation as an elite live act. By the time she visited Boston again, for the 2015 edition of Boston Calling, she had graduated from the side stage, to the main one. It was that year that her third studio album, Froot, would become her first album to crack the top 10 of the Billboard 200.

Fast forward to 2022, MARINA now sans Diamonds, is on the road in support of her fifth studio album Ancient Dreams in a Modern Land. As she arrived in Boston her fans were lively waiting for the Welsh artist as she brought those ancient dreams to the ancient 170 year old Orpheum Theatre and it was clear they had been heavily anticipating this reunion. 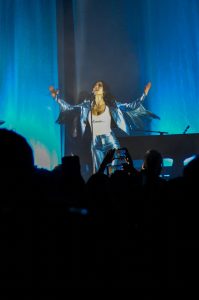 The set opened with the titular track of them album before revisiting her 2015 breakout Froot and alternating back to the new album with the feminist anthem “Man’s World” in which MARINA proclaims “Mother Nature’s dying / Nobody’s keeping Score / I don’t wanna live in a man’s world anymore.” As she got later into here set, the setlist included classic songs like “Bubblegum Bitch”, “Teen Idle,” and “How to be Heartbreaker.” She even went all the way back to her first album, The Family Jewels that turned 12 years old this month.

MARINA did an excellent job of switching the pace of the show between higher energy bops and slower piano ballads. She ended the set with a grand finale encore of “Goodbye” and thanked the crowd.

Marina Diamandis’ musical career has been an exercise in the good old-fashioned slow burn rise to stardom. With every album released she continues to level up as she gains more confidence, and becomes accustomed to the spotlight. It was her previous album Love + Fear on which she joined the single-named pop star club, while on this record she leveled up in her songwriting to put out songs with a more political and personal tone.

While the Ancient Dreams in a Modern Land era is still a young one, fans and casual observers alike can only anticipate where MARINA will go in the future as she continues to find new ways of growing her career and taking risks to level up each time. So far those risks have paid off every time.