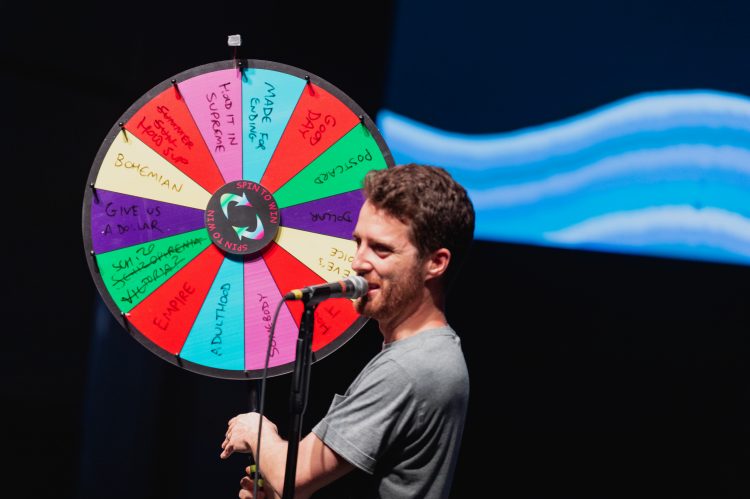 Jukebox the Ghost has an impressive history of playing stellar shows throughout New England over the last decade. This past Saturday, I had the pleasure of seeing them perform their last show of the tour at Aura in Portland, ME. This entertaining and eccentric 3-piece hails from Washington, D.C., and has been putting out albums since 2008. The band consists of Ben Thornewill on piano, Tommy Siegel on guitar, and Jesse Kristin on drums. Their unique styling of danceable power-pop mixed with all the talent of classically trained musicians is a treat for the ears and soul.

Taking the stage first was the lively Chaz Cardigan. Coming out on stage rocking glitter on his face and an electric guitar around his neck, it is apparent that he takes a lot of inspiration from David Bowie, Prince, and The Talking Heads before he even plays a note. His enormous stage presence compliments his lively, soulful, and loud indie rock sound. His guitar stylings are reminiscent of many classic pop and rock greats, and his powerful vocals seem to be influenced by pop-punk, creating an enticing sound. Chaz Cardigan’s vivacious and commanding energy grabbed the attention of the entire crowd. Chaz Cardigan is an opening act that I hope to see as a headlining act in the near future.

Jukebox the Ghost opens their set with the energetic pop banger “Jumpstarted” from their latest album Off to the Races (2018), a track that highlights the band’s proficiency in writing pop songs. From the first note, their theatrical stage presence is captivating and contagious. The band goes on to play a solid mix of songs from their entire catalog giving something for longtime fans and newcomers to enjoy.

Their latest single, “Wasted,” released on March 11th, 2022, is an evocative song about remembering their younger and more carefree years. The song was written alongside former tour mate and another favorite of mine, Andrew McMahon, whose musical influence you can hear throughout the song, especially in the bassline and percussion, layered beneath the flair of the piano that both artists are known for. The song feels a bit more mature for the band and highlights how much they have grown musically over the decade. “Wasted” leaves you feeling a bit wistful and contemplative of your younger days in the best possible way.

Jukebox the Ghost further engages with the crowd by bringing out a prize wheel with various songs on it and asks one of the audience members to spin it. The wheel lands on “Hold It In – SUPREME,” a track off their first album, Let Live & Let Ghosts (2008), but with a twist, they all switch instruments. The results are both impressive and comical. Each of the members are far more talented on the other instruments than I anticipated but watching their expressions as they made mistakes was highly entertaining. The band charms the crowd with their quirky and hilarious stage banter before moving on to the next song, “Everybody’s Lonely,” the lead single off their album Off to the Races (2018). “Everybody’s Lonely” was a crowd-pleaser, understandably so, as it showcases Ben’s vocal ability over this irresistible beat that will get you to your feet dancing.

In the second half of their set, Jukebox the Ghost played an extraordinary cover of “Good Old-Fashioned Lover Boy” by Queen, a true testament to their musical abilities. That talent and inspiration are showcased in the lead single off their upcoming album, both titled “Cheers!” a powerful anthem for the underappreciated everyday people. The lyrics to “Cheers!” exclaim, “Here’s to more of the everyday, raise a glass and sing along, the outcasts and the underdogs,” a sentiment I think we all really needed during these trying times.

Be sure to keep an eye out for Jukebox the Ghost’s next album Cheers! out later this year. 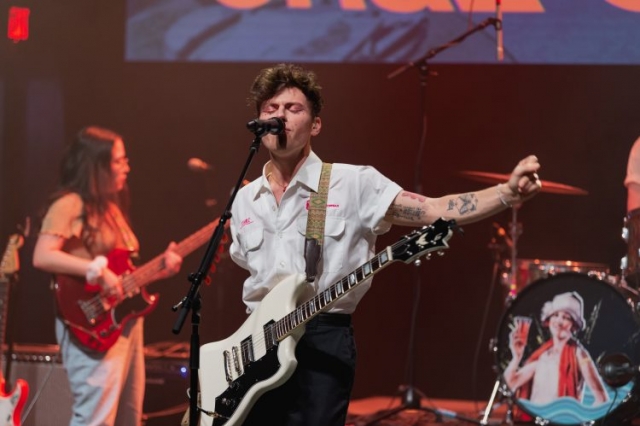 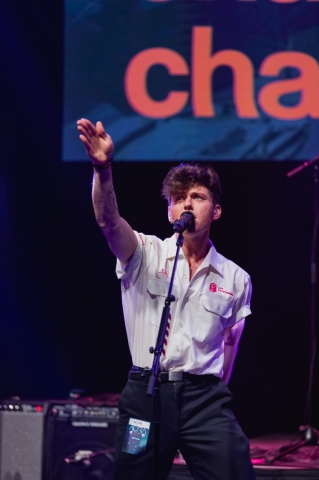 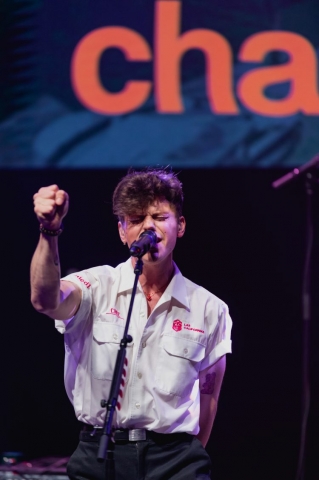 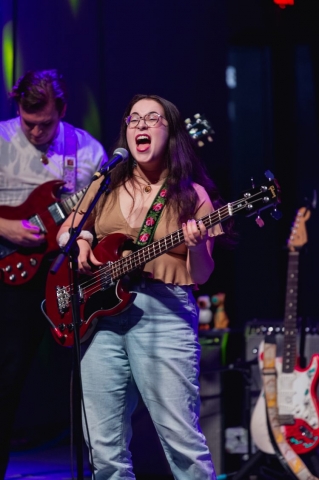 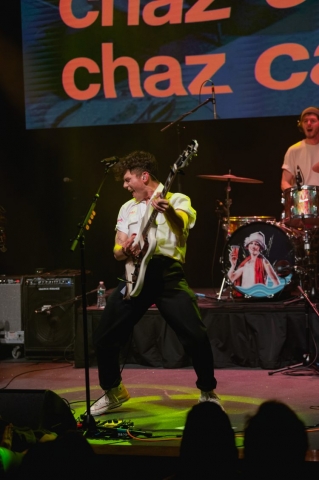 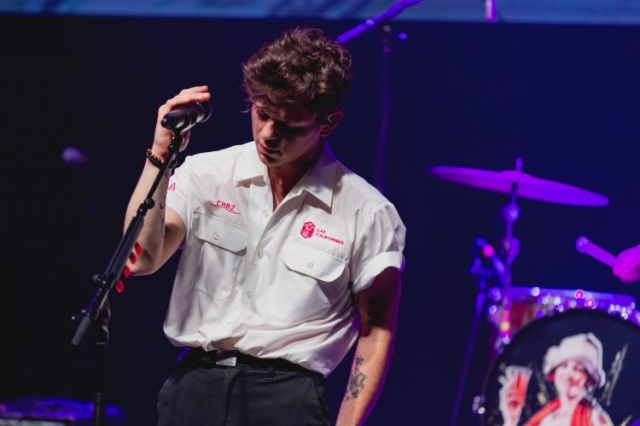 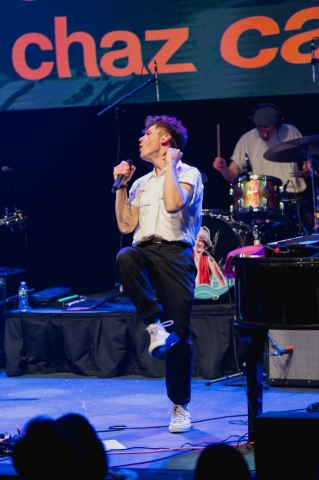 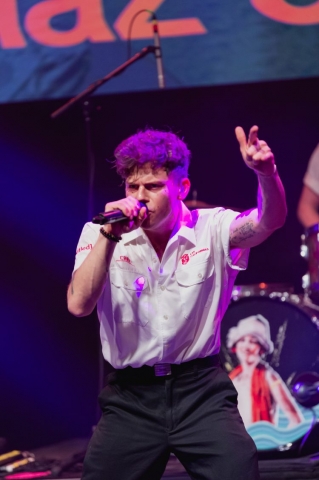 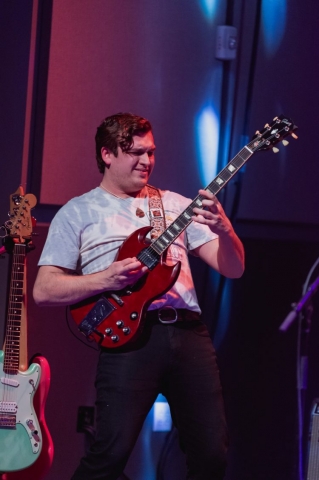 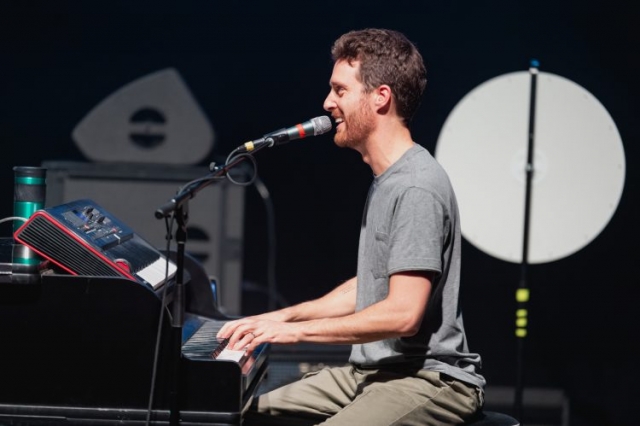 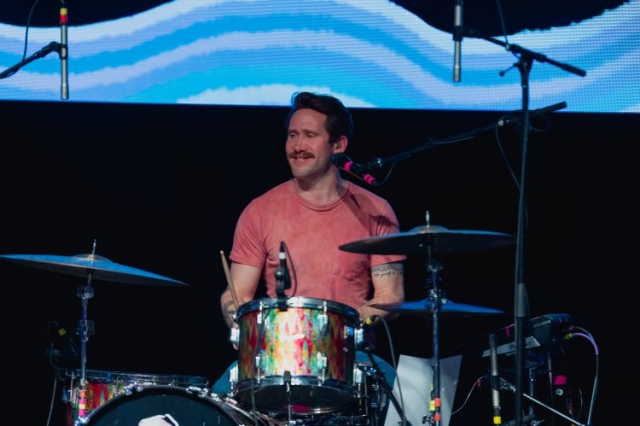 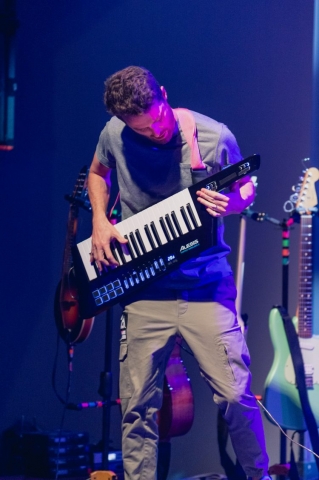 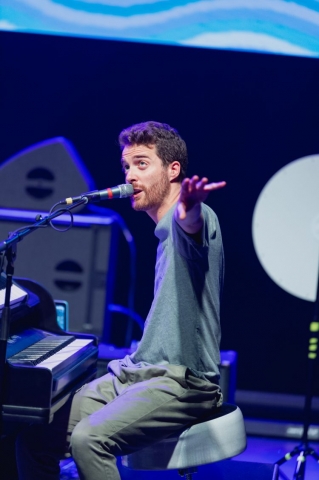 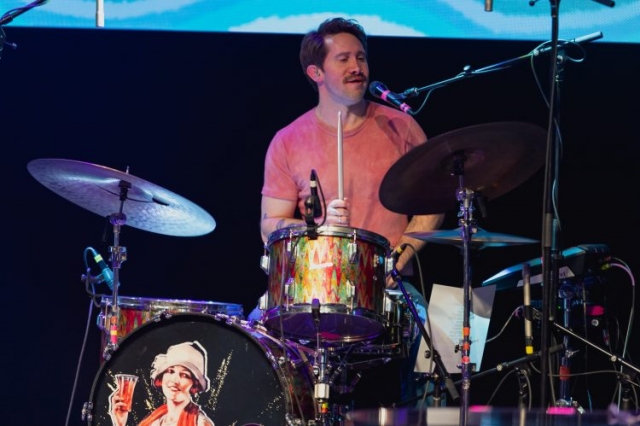 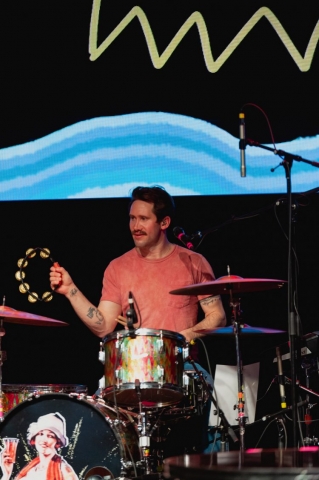 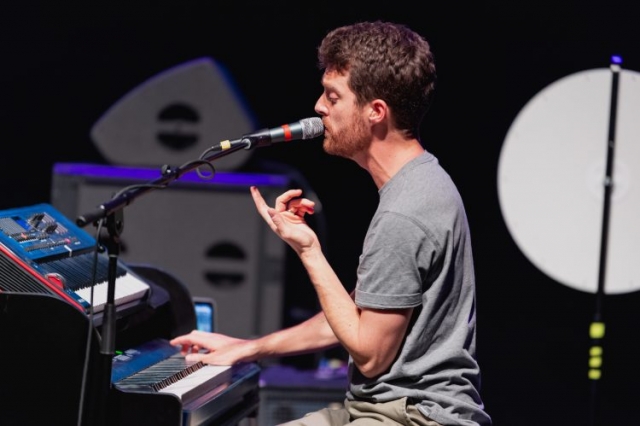 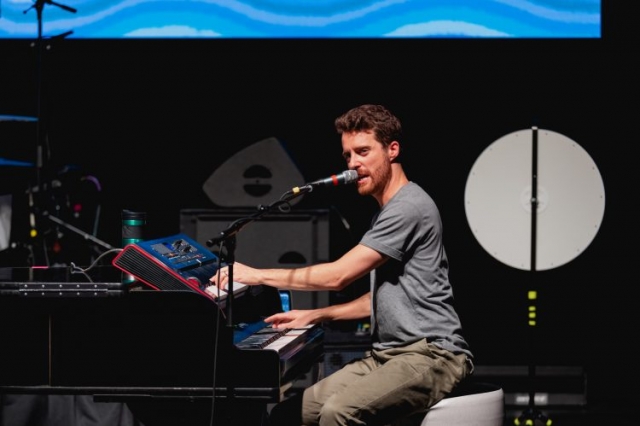 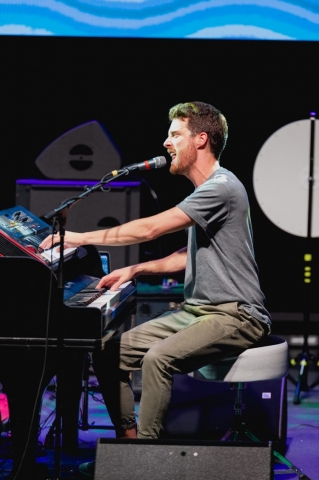 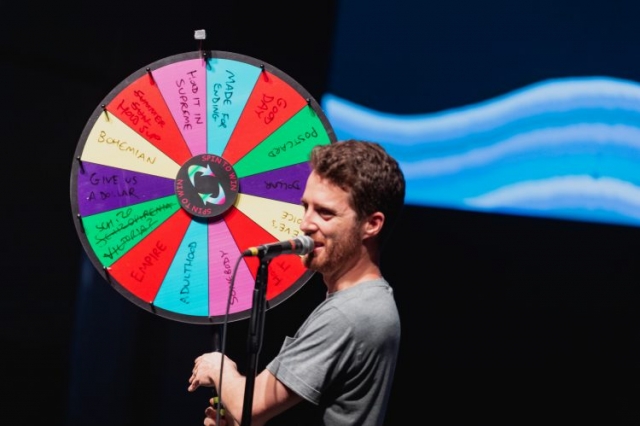 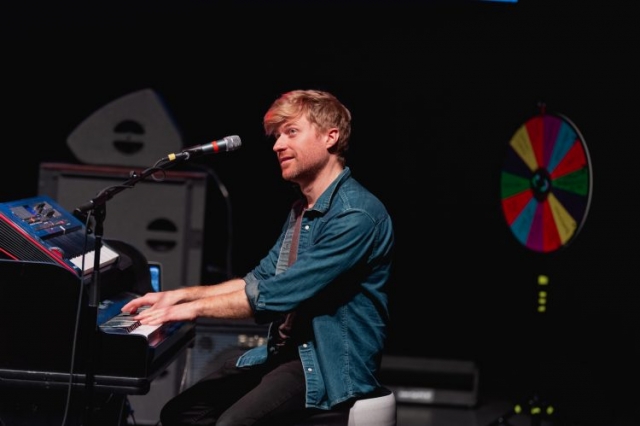 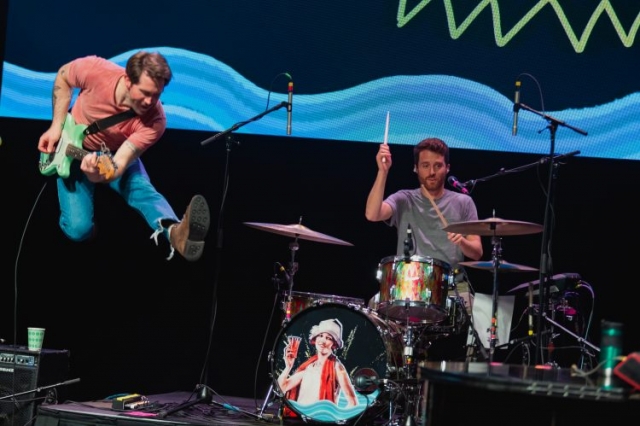 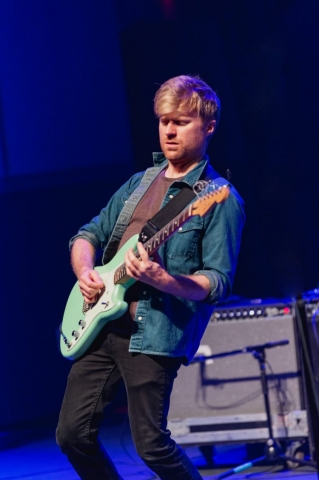 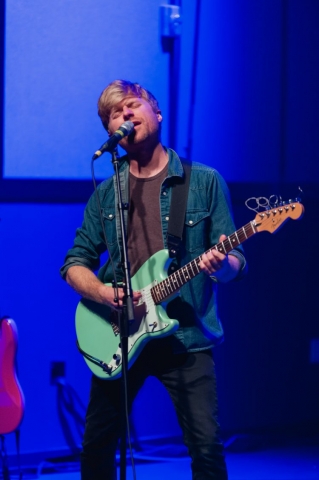 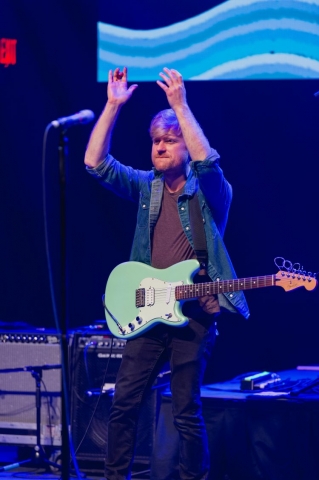 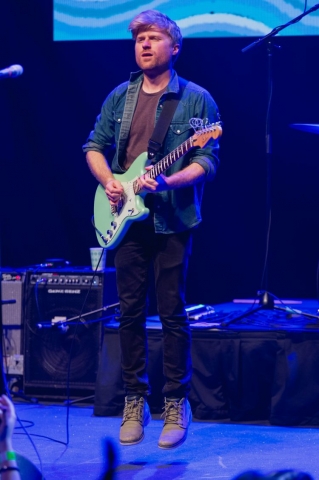 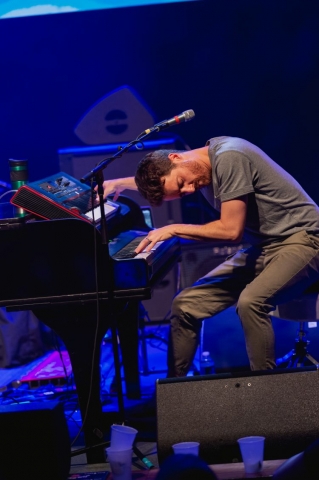 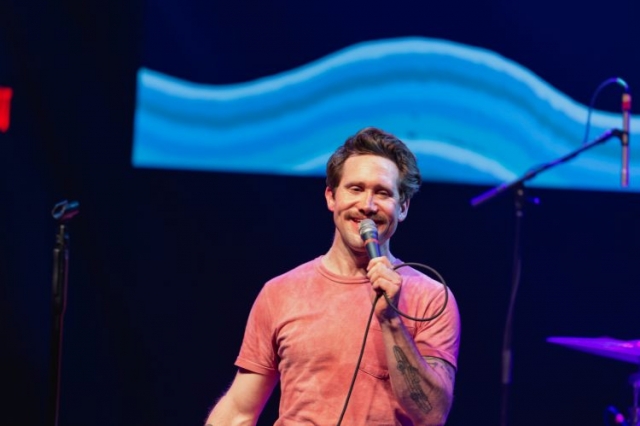 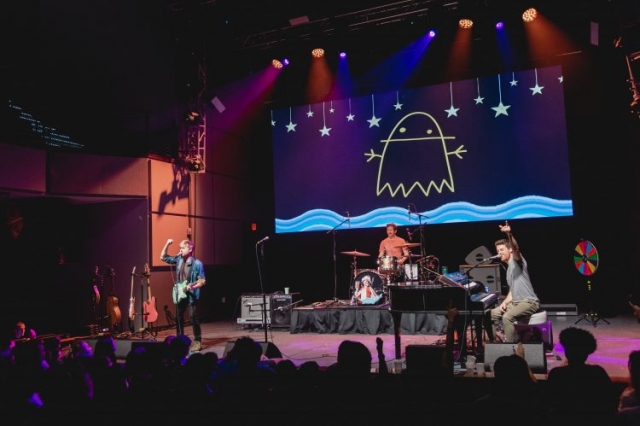