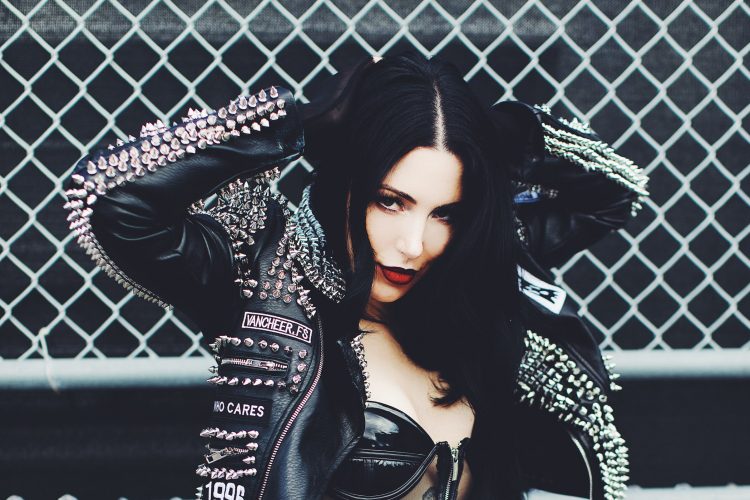 Nothing good comes after midnight, except on Thursday, April 21, the eve of the release of Gifts From The Holy Ghost, sultry blues rock artist Dorothy’s third album.

With the lights set in red, a dry ice mist rising from the stage, and “Feeling Good” as the intro setting the tone, the band emerged first before Dorothy made her entrance, clad in all black leather and sunglasses, her striking red lips shining. Blazing into “Down to the Bottom,” it was clear this was going to be a no-stops rock and roll show. With charismatic ease, Dorothy’s voice crooned over the audience, “I need love!” during the refrain. Fluidly dancing around the stage, it was like she was floating in her stiletto boots, fully owning her femininity and the crowd’s attention.

With the power of a woman previously scorned, “Gun In My Hand” rang out effortlessly before the soulful “Ain’t Our Time To Die” restored hope and belief that bitterness and anger can be forgiven. A theme that would continue throughout the set. The thundering melodies and smoky vocals of “What’s Coming to Me” painted a picture of a storm brewing inside, before devolving into a surging version of Eurythmics’ “Sweet Dreams (Are Made of This)” that was a blend of the original and Marilyn Manson’s; darkness, obscurity, and distortion, without being over the top. An obvious crowd favorite cover that had everyone singing along.

Dorothy’s wit and humor came out while celebrating the album release, “Do they make nonalcoholic champagne? I used to be fun. But drinking alcohol would get me arrested. Just kidding, I’ve never been arrested for alcohol, it was attempted murder…” before touching into new single from the album, “Rest In Peace.” Having been released in January, fans were familiar, and gave the biggest reaction to hearing new music. Letting her band shine, she left the stage to let them break into heavier riffs in a jam session reminiscent of 70s blues rock days. Bassist Eliot Lorango, guitarist Sam Bam Koltun, and drummer Jake Hayden vibe off of each other well and kept the crowd grooving and swaying. Coming back on to “Raise Hell,” powerhouse Dorothy called out and danced around the stage in time with every note. Nothing feels forced with her. She opens her mouth and a natural gravelly sweetness rings out without even a chest rise. “After Midnight” came next, ending with a drum solo.

Open about previous addictions and recovery, and with themes of love, brokenness, dancing with the Devil, and redemption, she took us through her journey of turmoil and learning to love herself after hating herself for so long, before breaking into “Medicine Man” and “Flawless.” Raw honesty is important in music and she realizes and owns who she is and empathizes with others in the same situation.

With the excitement of the album release being a couple hours away, she asked Aura if they could have an album release party right after the set, before ending with prevailing single “Freedom” and letting the band play her off in a haze. The venue and crew obliged and treated the audience to a couple tracks from the album.

Classless Act were first up and a suitable opener for the night. A newer band with only 2 singles out (3 as of 2 hours after the show), they’re theatrical and expressive. Every member of the band was moving around the stage, having a good time. With bigger acts already calling attention to them, they’ll be opening for Mötley Crüe, Def Leppard and Poison on their North American Stadium Tour later in the year.

Joyous Wolf was the direct opener, and had a familiar, nostalgic sound that amped the audience up. Solid, simple riffs and bass lines and heavy drum beats kept people moving almost as much as the cartwheeling and splitting lead singer, who at one point parted the seas and jumped into the crowd. Ending with their single “Mother Rebel,” the energy was high.