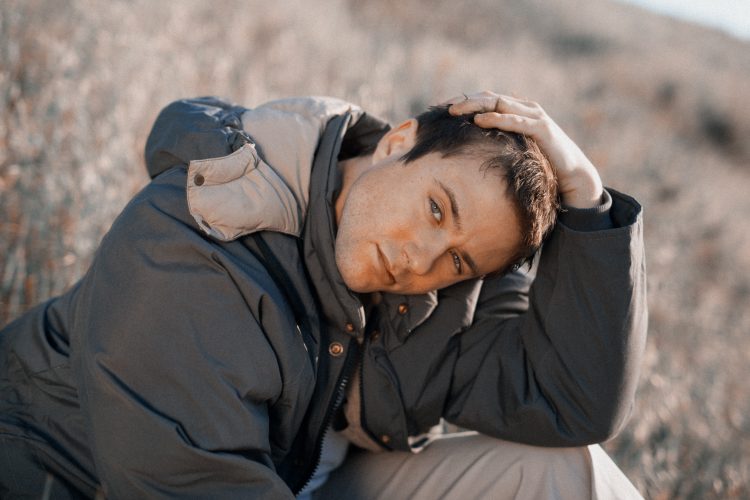 It’s been over 5 years since Alec Benjamin took the State Theatre stage opening for Matisyahu on New Year’s Eve 2016. That was the last time he came to Portland. This time, in 2022 with a brand-new album in tow, the stage was all his. And what a glorious return it was, with the floor packed and enthusiastic teen hearts beating in anticipation.

This show was the last of the spring tour, and he owned the stage, treating fans to 21 songs in total; 8 of which off of his latest album (Un)Commentary, which was released a month ago to the date. From the very first notes of “Older,” the dedicated youth reacted with instant hysteria. Carrying over into “If We Have Each Other,” the crowd was singing almost as loud as Benjamin. Every single word was chanted in unison as band and fans fed off each other.

With his lyrics seemingly more personal on (Un)Commentary, the heavy bass and pop sensibilities of “Dopamine Addict” helped a tricky topic become more palatable to anyone potentially suffering from the same issues. “Shadow of Mine” followed, providing an escape of emotions from inner demons and coming to terms with who you are as a person.

Keeping the inspirational messages flowing, “Change My Clothes” pledges, “It’s worth it to make some mistakes, you miss all of the shots that you don’t take.” Not to harp on the average age of the audience, but messages like this through music are important for impressionable ears, and Alec Benjamin uses his life experience and platform to put positivity in front of the ones who need the connection the most. With noticeable pride for his sophomore album, the band broke into “Devil Doesn’t Bargain,” with flawless vocals that never faltered. As someone who hadn’t played Maine in half a decade, he blended the set nicely, with plenty of new tracks to show off, and a lot of fan favorites to keep the momentum. Not that the crowd didn’t know every single lyric of the new stuff, the old stuff, and the rarities in between.

Slipping back to first album These Two Windows, Benjamin poured his heart out into very personal songs “Oh My God” and “Mind Is A Prison,” before the band stepped away and left him alone with his acoustic guitar for “Must Have Been the Wind.” Having a tendency to be autobiographical and intimate in his storytelling, he told a lesson in guidance of how he was using his phone while driving and had a second thought about the dangers of that situation and how he could, “Make one bad choice and it undoes everything,” and vowed to never do that again. Adding action to thought, he penned “One Wrong Turn” about the revelation, which he also delivered in the acoustic set break.

Welcoming the band back and starting on piano, the quick witted and worded “Water Fountain” had everyone keeping pace. “Boy In The Bubble” and “Hammers” continued the theme that actions have consequences, and given the tools, you can choose if you will be the bully or the builder. The fade out vocal effect of the latter captivated the crowd and made for a perfect segue into the poppy and personal “The Way You Felt.”

Listening to his fans on social media, he took the request to perform “Steve,” which the crowd was a crutch that carried the chorus in remembering the lyrics of a long lost favorite. Continuing the biblical theme of searching for solace, “Jesus In LA” came next. Balancing life and death, growing up and searching for oneself, “If I Killed Someone For You” and “Death of A Hero” ended the main set in earnest emotion.

Quickly reemerging amidst screams and chants for an encore, and the “first time someone’s thrown a bra” at him, Benjamin stood solo with his guitar for the teen heart breaker “Annabelle’s Homework.” Every song got a big reaction, but “Let Me Down Slowly” got an especially big reaction with the catchy and fun call and response “let me down, down, down.”

Taking a minute before the grand finale of the entire tour, Benjamin took the time to thank not only his band mates Dillan Witherow on guitar, Nick Petrou on bass, Josh Jacobson on keys, and James Penzil (who was actually “felt but not seen” since he was sick and the drum tracks were pre recorded from rehearsals), but his entire touring crew who make the shows happen. It’s always great to witness the humility of artists who know they can’t get where they are without their team. Finally, the perfect closer, “Speakers” rang out to excited cheers and claps. This single has the correct pop formula and potential to be a huge summer smash, and will no doubt be picked up by AAA and top 40 for a banger crossover hit. Ending with a sing along, the fans left blissful and buzzing.

Even though his fan base is on the younger side, they’re dedicated and hopefully stay loyal to the point they can say, “I saw him when..”

With passion, heart, and drive, it’s fair to say, this story’s not over yet, and you’ll be seeing more of Alec Benjamin.

Sara Kays, with bandmate Jesse Grommet, delivered a short, but super sweet acoustic set that was captivating and pure. With catchy hooks and a pretty, airy voice, the audience was invested, if not already familiar with some of her singles.

Songs like “Backseat Rider,” “When You Look at Me,” and “Home For The Summer” wove stories of young love, heartache, and the mysticism of driving around late at night, while “Chosen Last” was an ode of unity to those who don’t feel like they fit in. With a cover that she, “Performed at [her] 5th grade talent show,” Kays had the crowd singing along and shining their phone lights to Miley Cyrus’ “The Climb.”

Kays is coming from a new era of pop stars who are open and straightforward about personal struggles, such as those of body image issues, portrayed in songs “Smaller Than This” and “Math.” Important messages for young girls who might also have these issues to know that they have support.

Ending with the song that went viral, “Remember That Night?” was the perfect high note to culminate her set and leave her name in everyone’s mind.

Sara Kays will be coming back around to New England at The Sinclair in Cambridge, MA on June 4th buy tickets HERE.