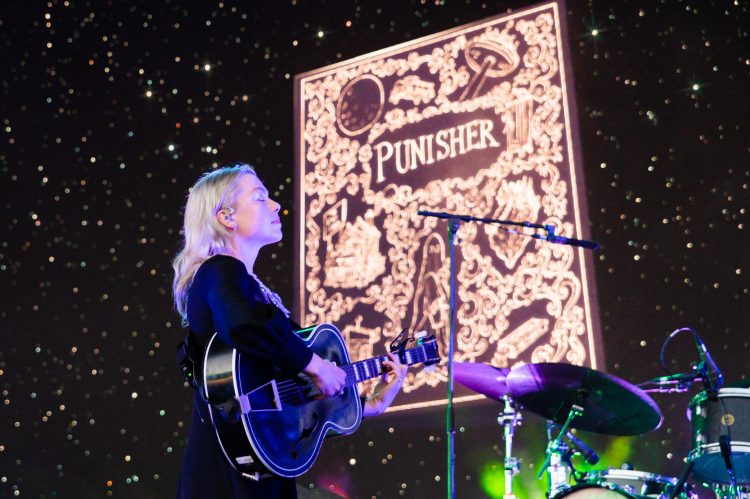 Back in February of 2018 we put an artist on your radar by the name of Phoebe Bridgers, back then she was headlining a sold out show at the dearly departed Great Scott in Allston. Since then, Bridgers has gone on to do some pretty big things including earn four Grammy nominations and releasing a monster album called Punisher that landed on many “best of” lists in 2020. Last fall Bridgers sold out two nights at Leader Bank Pavilion, and recently she made her way back to New England, this time visiting Portland, ME where she took over Thompson’s Point. Check out photos from the show below.

Photos: Phoebe Bridgers at Thompson’s Point in Portland, ME on June 9th, 2022: