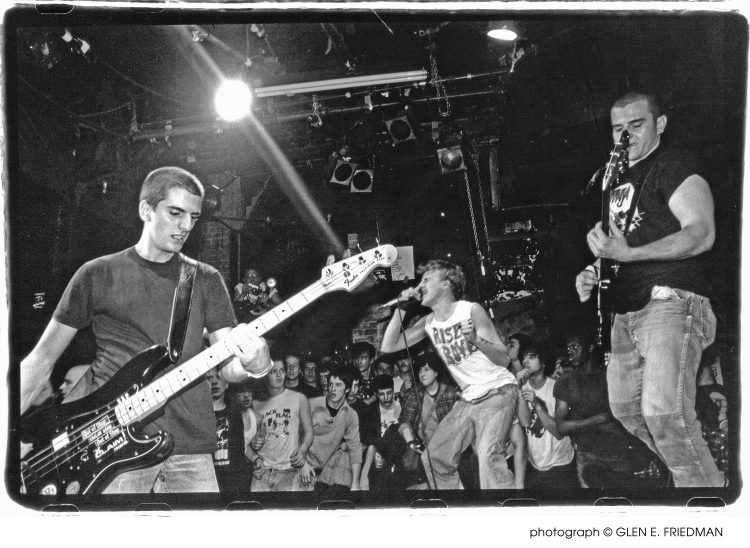 Trust Records has announced it has signed highly influential Boston hardcore band SSD to collaborate and reissue their long out-of-print classic, The Kids Will Have Their Say, in 2023, for the first time ever. Considered to be the 1st Straight Edge branded band, SSD formed in Boston in 1981. The band quickly gained notoriety within the local music scene for intense, charged performances and the provocative antics of their core group of followers, the Boston Crew. The original lineup was Al Barile on guitar, Springa on vocals, Jaime Sciarappa on bass and Chris Foley on drums.

In 1982, they released their debut LP The Kids Will Have Their Say on their own XClaim label. Ian MacKaye of Minor Threat was a friend and supporter, and his Dischord label’s logo appeared on the back cover. An estimated 1900 copies were pressed and quickly sold out. The album has remained out of print and unavailable for streaming for 40 years. Currently an original copy of the album sells for an average of $2,000 on Discogs.

SSD’s Al Barile comments, “For the past 39 years, I’ve been looking for the right time and situation to re-release the first SS Decontrol album. SSD fans have been asking for ‘The Kids Will Have Their Say’ since it went out of print 40 years ago. A few years ago, Keith Morris from Circle Jerks told me about Trust Records, and it sounded like it might be a good fit. I talked with [Trust co-founder] Joe Nelson about the record for almost two years, and with each text, phone call, and discussion, the fit came together. It feels like a perfect marriage.”

Nelson adds, “It’s still surreal to me that this is actually underway, and we now have the privilege of being able to reintroduce ‘The Kids Will Have Their Say’ to the world.”

Of the collaboration, Trust co-founder and JUDGE bassist Matt Pincus says, “Great records change lives. You remember when a voice you never heard before reaches you for the first time and changes the course of your life. SSD did this for an entire generation of kids. Those that were lucky enough to see the band and get a copy of ‘The Kids Will Have Their Say’ in its first run knew they had something special and told us all about it. Those of us who were younger and only heard it second or third hand on tape just knew that these were the guys that invented it all. This is one of those records that reverberates through generations. It is the essence of the mission of Trust Records – to honor and promote the finest music of the genre for fans past, present, and future.”

Trust is also thrilled to announce an official SSD merch line. The collection includes two new options of the classic SSD logo shirt and shorts, for a limited time only. To shop and for more info go here.

Listen to SSD’s Al Barile sit down with Fiddlehead/Have Heart’s Pat Flynn to discuss the reissue and more – HERE.

The Kids Will Have Their Say – Deluxe Reissue Track Listing: