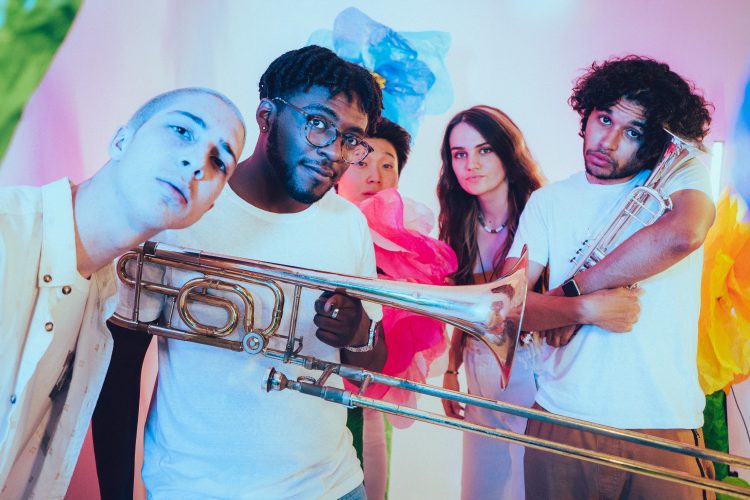 During the recording process of the album, the idea that true deep happiness comes from and finds its partner in deep sadness came to life. The Q-Tip Bandits have written a number of songs off this album that are either upbeat in tempo or peppy in melody and harmony while at the same time carrying lyrics that are meaningful to them. The result of this apparent contradiction was an album full of music people can dance to and cry to, as well as happy music for hurting people.

In search of lyrical inspiration, The Q-Tip Bandits reflected on their personal histories. “In my case, many of the lyrical concepts came from observations made during my early recovery (from drug and alcohol abuse) of myself, my new friends in recovery and my childhood friends who remain/are still caught in their addictive lifestyles. Witnessing the paradoxical nature of growth, the idea that feeling necessary pain/discomfort (two things we desperately try to avoid at times) are the only way to contentment and peace.” says Leo Son.

The band’s other lead vocalist and bassist Claire Davis found inspiration in a variety of relationships throughout her life. Those include people she’s hurt, people she’s been hurt by, people who have helped her grow, and people she wishes she could have done the same for. In describing her lyrical inspiration, Claire says: “Each song represents a different character in my mind, whether it’s the person the song is about or the person I was at the time of a pivotal point in the relationship. The artwork for the album also reflects this, with each song represented by a character holding a flower. Regardless of how these songs began, they have each developed into their own character, and I hope that people can find themselves and their own relationships with the world in the lyrics of these songs.”

Since their inception in early 2018, The Q-Tip Bandits have emerged into the Boston music scene as an energetic and vibrant act that continues to touch audience’s hearts while getting them up on their feet. Described as “an indie-pop delight” by The Deli Mag, their debut single “Willow” made waves across the Atlantic, reaching over 1 million streams on Spotify and garnering enough momentum for the band to record their debut EP, Ain’t It Great. It was met with great enthusiasm, despite being released amidst a global pandemic, and was called “a must add to your summer playlist” by The Courier.

The Q-Tip Bandits headline the WERS 617 Day Concert alongside fellow locals Coral Moons and Mint Green on Friday, June 17th at Brighton Music Hall. Tickets for the show start at $15.00 and are available HERE.