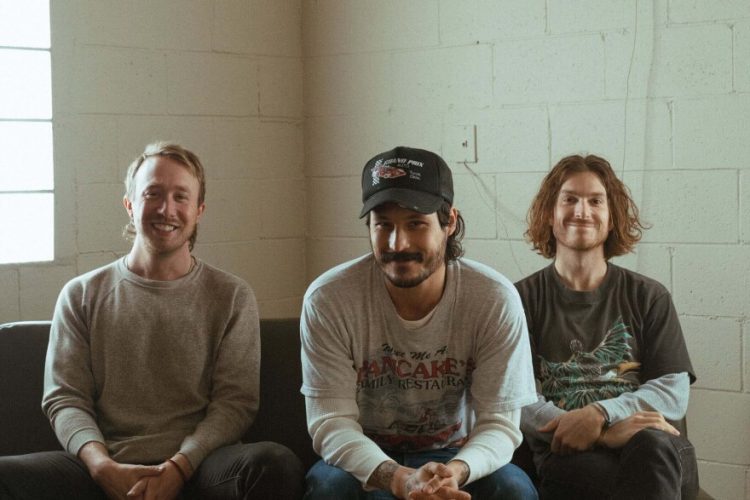 “I’m a sucker for some harmony,” and over 250 people agreed, as Wilderado played Maine for the first time at Portland House of Music and Events. For never having been to the state in general, to draw a “low ticket warning” crowd must be a testament to the quality of material they put out and the word of mouth that music fans share with one another.

Kicking off with the twinkly and bright, “Stranger” to get acquainted, they lead into “Astronaut” and current, popular alt rock single “Head Right.” There’s a reason bands craft albums the way they do, and the first three songs from the self-titled 2021 debut translate smartly in order live. “Head Right” is the perfect representation of battling with music being a release and music as a job causing inner turmoil, wrapped up in catchy hooks and memorable lyrics. Radio stations are already picking it up, and there’s no question some of the crowd have heard it on air, even though a good amount of fans knew a lot of older material too. But that’s the great thing about shows in venues like PHOME and bands like Wilderado, playing a place for the first time can garner all levels of fans and leave them hooked and awaiting the next tour.

Calling this the “Real Portland” and saying it’s genuinely one of the coolest places they’ve been to, it’s apparent they’re fueled by landscapes and atmosphere, which flowed into their set.

Heavy with themes of nature, sunshine, and the passage of time, “Morning Light” romanticized the beauty of reunions with loved ones. Swooning “oohs” emphasized lead singer Max Rainer’s unique voice over guitar driven indie rock that just works. Add in the band’s buttery harmonies and everything connects in a way that makes sense.

Their songs seem to sparkle with a dreamy haziness that blurs drawls with bass lines and wistful poeticism that paints pictures along with tones. “Already Loved” awakened a sense of nostalgia, while the sing along round of “Wheat” brought it back to ground level. As an older song, the band knew every intricacy and delighted in a little dance jam, before delving back into the new with “Mr. Major,” a track that sounds like it picked up influences from artists they’ve previously toured with.

The slow and pretty ambient rock of “Favors” came next, reinforcing their clean harmonies and ability to transfix with a complex simplicity; complexly layered instrumentals with simple and relatable lyrics.
The raw vulnerability of “Help Me Down” followed, leading with Rainer on acoustic guitar and solo vocals before the band kicked back in. With a melancholy yearning that balanced sadness with hopefulness, the chords could just as well have been from a 70s folk ballad and had everyone swaying along.

Bringing the mood back up, “Outside My Head” blended genres with a little folky twang added to the 90s alternative guitar rock. With the message that the world is for everyone, so let go, the crowd seemed receptive to more dancing and swaying and singing.

Bass line driven “Take Some Time” used soulful “ahhs” to guide and soothe while “Sorrow” cut like a knife to bone with more of that honesty in lyricism and a haunting reminiscent feeling to end the main set.
Quickly coming back for an encore, the solid “Surefire” got everyone singing in unison and linking up with their friends to dance. The ease they show with their musicianship is a highlight of everything coming full circle, rhythms in nature and a connection with the world and their environment. What do people like to hear? What makes them beautifully sad and hopeful at the same time? What is more constant than the sun rising and setting?
Dropping everything except a guitar and their five voices, “Rubble to Rubble” ended the set with a good old-fashioned Americana sing and chant along that left hearts full.

Next tour, it wouldn’t be a surprise if they’re playing bigger rooms. With a tight sound and catchy singles, and the notice of many of notable acts, they’re on their way and definitely one to keep an eye on.

Notable Opener: Sort of locals, Toledo (now Brooklyn based), kicked off the show, with drummer Dan Alvarez’s mom in the audience. Along with Jordan Dunn-Pilz, the duo (who tour as a 3 piece with Guillermo on bass) grew up in Newburyport, MA and have been friends since childhood.

Their, “indie folk, not indie rock. More adult contemporary” tunes crooned sweetly, while their sense of humor, witty and quirky charm, and obvious lifelong friendship let the crowd in on their inside jokes. Trying to, “Push the limits of stripping” down their music, they delivered a handful of new songs, which will be on their upcoming album (to be officially announced this week), such as “Hideout,” “Flake,” and “Grain Song,” as well as new single, “L-Train.”
Singing perfectly in melodic unison and complementing each other in harmony, no one would’ve known this is their second tour ever if they didn’t tell everyone. They’ll be opening for more and more acts until they have their own headline soon enough.