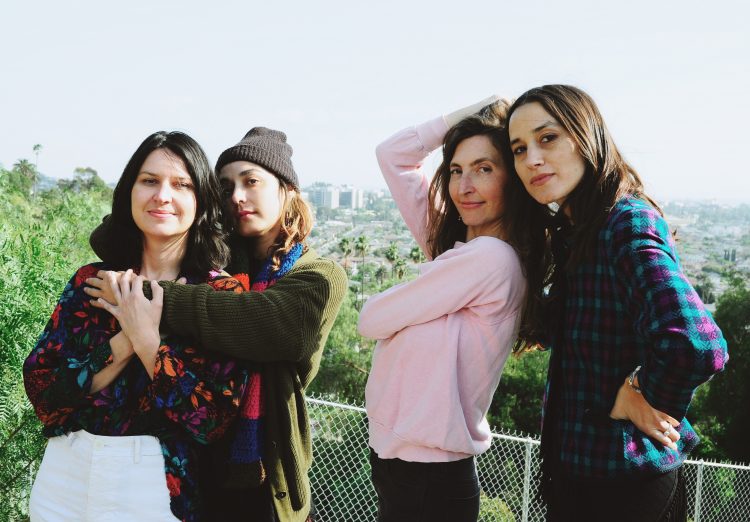 I’m so glad that a band like Warpaint exists. These strong, talented women love to perform and shine on stage, clearly in their element. At the nearly sold-out Sinclair on Saturday night, members of Warpaint looked completely comfortable and adept performing. There’s an unmistakable bond between them. It’s obvious how much they like to perform and to play with each other. They jam and riff off each other and their songs reflect that with varied experimental touches, arrangements and sounds. They meld psychedelic rock, indie rock, jazz, surf and electronic music. Watching them play seems like you’ve been invited into their rehearsal space.

Warpaint showcased their connection and skills throughout the evening with an impressive, high vibration set. They were all drinking tea and water and vibing. The show quietly started with “Stars” and the very pretty “Champion,” from the band’s first full-length album in six years, Radiate Like This. Warpaint played six songs from Radiate Like This, four from Warpaint, three from Exquisite Corpse, one from Head’s Up (“New Song”) and one from The Fool (“Bees”).

“Keep It Healthy” was one of the most gorgeous songs of the evening with its melancholy vocals and surfy vibes. For “Melting,” the four band members stood together and sang acapella. Afterward, Theresa Wayman said: “Wilson Phillips, eat your heart out,” a retro reference that not everyone understood. They then broke into a few lines of “Hold On.” Before playing the grooving “Bees,” Emily Kokal said, “I feel like this is a song that no other band would write. This is a very weird song.” The crowd danced to the upbeat, catchy and popular “New Song.” A particular standout for me was “Disco//very” with its dark undercurrents.

When they walked out for the encore, Kokal said “We’re all a bit warm hug for each other.” Everyone’s thrilled to be on tour again. Bassist Jenny Lee Lindberg then sang her slow, dark, swaying Fugazi cover “I’m So Tired.” Warpaint closed out the evening with the slower, jazzy “Send Nudes.”