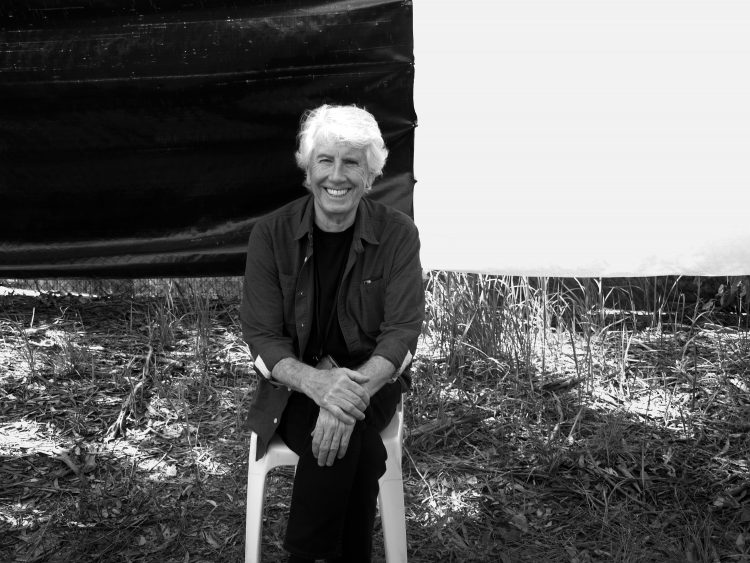 “We have a lot of music tonight,” Graham Nash said as he arrived on stage at Lowell Memorial Auditorium on Thursday night.  With 60 years experience, the octogenarian certainly has a massive music catalog to choose from. He opened the show with the popular Crosby, Stills, and Nash song “Wasted on the Way,” followed by the Hollies song “Bus Stop.”

With support from James Raymond (keyboards) and Shane Fontayne (guitar), Nash played two sets with a 20 minute intermission. The mostly baby boomer audience got what they came for: 14 CSN songs. These songs landed differently without the moving, pretty CSN high harmonizing. They’re slower, deeper, less magical yet still solid songs. The lovely “Just a Song” sounded a bit more one-dimensional and “Teach Your Children” didn’t evoke strong emotions and tears as it usually does for this reviewer.

Dressed in a black button-down shirt and jeans, Nash performed several war protest songs, including “Find the Cost of Freedom,” which he dedicated to “the citizens who have been killed in this insane war with Putin and Ukraine.” Nash said, “We will make it through this,” and I couldn’t help but consider the tragic nature and assumed frustration of writing songs during the Vietnam War and still encountering and fighting the same issues half a century later.  How does one remain optimistic? He sang several songs he wrote for Joni Mitchell (“Simple Man,” “Sleep Song”) and of course, “Our House,” to which Nash encouraged an audience sing-along. Before closing the set with it, Nash said, “I can’t be the only one up here delighted that Joni is singing again.” He also included a few newer songs like the reflective, melancholy “Golden Days.”

Due to the heatwave, the show had been moved from Boarding House Park indoors to Lowell Memorial Auditorium. The venue was probably three quarters full. Unfortunately the air conditioning wasn’t working very well and people were sweltering in their seats. There also seemed to be no free water sources at all which is pitiful. No one should be forced to buy bottled water with dangerously high temperatures. Also, aren’t venues that sell food required to have free water? But I digress…

The two-time Rock and Roll Hall of Fame inductee told lots of stories in between songs–he also schilled merch like his recently released photography book. He’s lived the sex, drugs and rock n’ roll lifestyle to the fullest and at the highest echelon, with money and style.  He sailed with David Crosby on an 80 foot boat from Ft. Lauderdale to San Francisco and they saw a whale half the length of the sailboat. He was the only member of the band detained at the Canadian border during one tour. He took acid and ended up wandering around Stonehenge. A drug dealer challenged him to write a song before he left for the airport. He wrote songs about all these experiences as songwriters do. Sometimes his rote recollection seemed detached. He must tell the same stories night after night on tour. But overall, the genial legend kept the older audience captivated throughout the evening. Surprisingly there weren’t any heat-related medical emergencies. Seeing Graham Nash in Lowell ticked off a box for those of us who never saw CSN perform live.