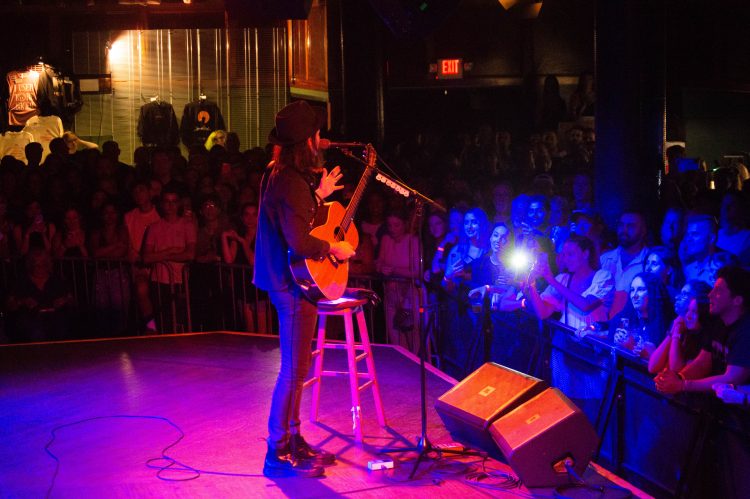 At 1 am James Bay and his band left Philadelphia on their bus, heading to Boston in time for their 9 pm show. However, on the journey, their tour bus broke down. 18 hours later they finally got the bus moving again but it was too late to make it to Boston with the band in tow. Bay jumped into a van with one of his guitar technicians Art Smith & his incredible supporting act Katelyn Tarver and headed to Boston.

Now after all of that, Bay only ended up starting the show a half hour late which is remarkable considering the day he had. He arrived on stage with just him and his guitar. Speaking to the crowd in a candid manner, he apologized and promised that if he had a band behind him, they would be thanking the crowd too.

To be able to perform a whole show with just you and your guitar is something I have only ever seen Ed Sheeran do successfully, but after last night I’ll be able to add James Bay to that list as well. He performed a mix of deep cuts like “Hold Back the River” as well as mixing in newer tracks for the sold out crowd.

For someone that has not been to the US in a couple of years, he was greeted with a warm welcome back and I am excited to see what he does next.