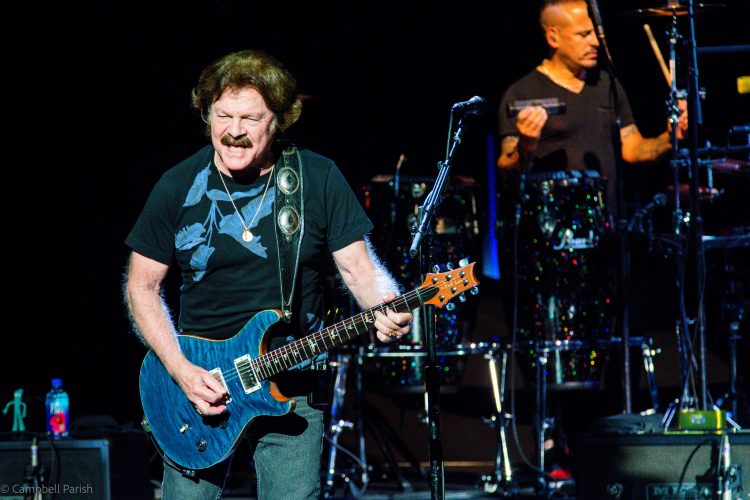 Editor’s note: Rock legends The Doobie Brothers were just one of several big name acts in the New England area on Saturday night. Like Aerosmith who played earlier in the week, The Doobie Brothers are also celebrating their 50th anniversary as a band. Founding members Tom Johnston and Patrick Simmons are still touring with the band, as well as Michael McDonald who joined in 1975, and guitarist John McFee who joined in 1979. Touring musicians, some of whom have been with the group since the 1990’s round out the rest of the current lineup. The 50th anniversary tour, like many, was supposed to take place in 2020 and was originally announced following a show at which Michael McDonald joined the lineup for a surprise performance. Along with their Boston show on Saturday night, the group also played in Bridgeport, CT on Sunday night. Campbell Parish was in the house on Saturday night in Boston, you can see her photos below.

Photos: The Doobie Brothers at Orpheum Theatre in Boston, MA on September 10th, 2022: