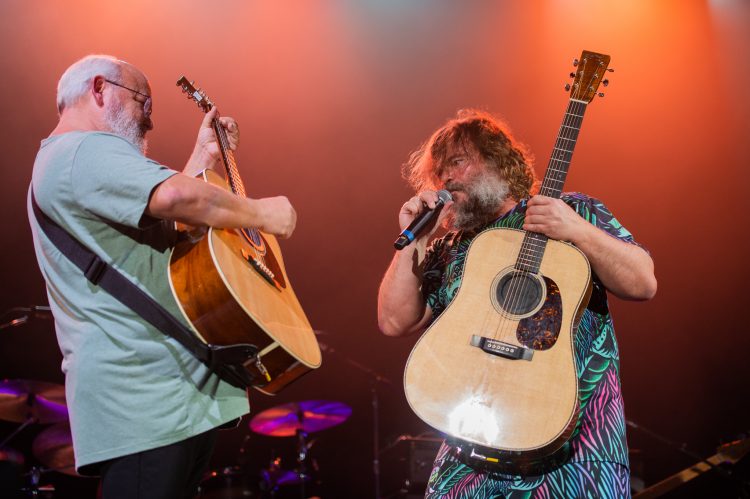 New England was treated to a pair of shows by comedy-metal duo Tenacious D this week as the collaboration between actors Jack Black and Kyle Gass made their first visit to the area since 2018. The first of the two shows took place in Gilford, NH with a thunder and lightning storm as a backdrop. But the thunder from mother nature wasn’t much of a match for the roaring thunder of laughter and applause from the New Hampshire crowd. Playing tracks from their four studio albums, they took fans back as far as 2001 when their full length debut album came out. Check out photos from the show below including a few from opener DJ Douggpound.

Enter to win a trip to meet Tenacious D in Las Vegas at their New Years Eve show – HERE.