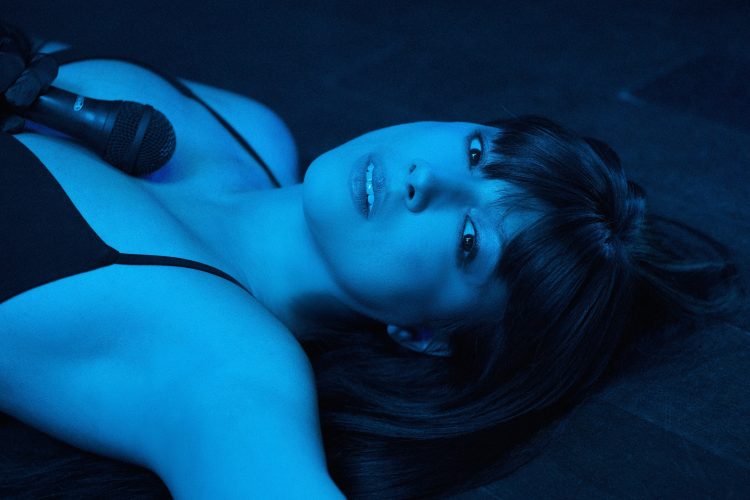 Last Thursday night, the anticipation and enthusiasm was palpable among the crowd waiting for singer/songwriter Michelle Branch to take the stage. Next to me, two women asked two men how old they were. “We wondered if we’ve been listening to Michelle Branch longer than you’ve been alive,” one of them said, clearly thinking the men were younger than they were. Michelle Branch’s debut album came out 21 years ago. Mostly millennials (and some Gen Xers) filled the audience. Many first listened to Branch as teenagers. When Branch finally hit the stage, one of these men commented that she looked really good. He swiveled his hips as he danced. Multiple people exclaimed, “We love you, Michelle!” several times throughout the hour-long set.

Despite all her recent personal drama, 39 year-old Michelle Branch seemed in good spirits as she kicked off her North American tour in Boston. Dressed in a black t-shirt, skirt, retro striped white tube socks and black loafers, she exuded comfort and confidence behind her guitar and on the mic. The audience thoroughly embraced her, singing along to songs, clapping and cheering.

This was her first tour in five years. She’s been busy with marriage and children. She married Patrick Carney of the Black Keys in 2019 and they have two children together. They separated this year after Carney had an affair while Branch was six months pregnant. She was arrested after slapping Carney. Although charges were dropped, there’s no excuse for violence. As Branch proclaims on “Heartbreak Now,” “you can’t help who you love.”

She performed “Fever Forever,” from the latest album, The Trouble with Fever, for the first time live. It has an infectious beat and catchy chorus. From the same album, she also played the heartfelt, slower “When That Somebody is You” the anguished, Nashville twangy “Not My Lover” and “I’m a Man” with an intense, grooving riff and the chorus:

In addition to the four new songs, most of the songs she performed were from her major label debut, Spirit Room (2001). She did three songs from Hopeless Romantic (2017), and one from Hotel Paper (2003). She also played her Grammy-winning (with Santana) and infectious and jangly “Game of Love” and the country twinged “Leave the Pieces” from her side-project with longtime friend Jessica Harp. ‘Standouts included the anthemic, Liz Phair-esque “Breathe,” and a rocking “Goodbye to You.” Phones came out immediately and Branch encouraged an audience sing-along. She closed the set with an energetic “Everywhere.”

Standing in her truth and expressing herself through songs, Branch’s tour performances should outshine any marital issues, particularly if she receives the positive reception and adoration she did in Boston. It puts the focus back on Branch as an immensely talented solo artist and performer and not as a scorned woman. Nothing comes easy for a woman in the male-dominated music industry.