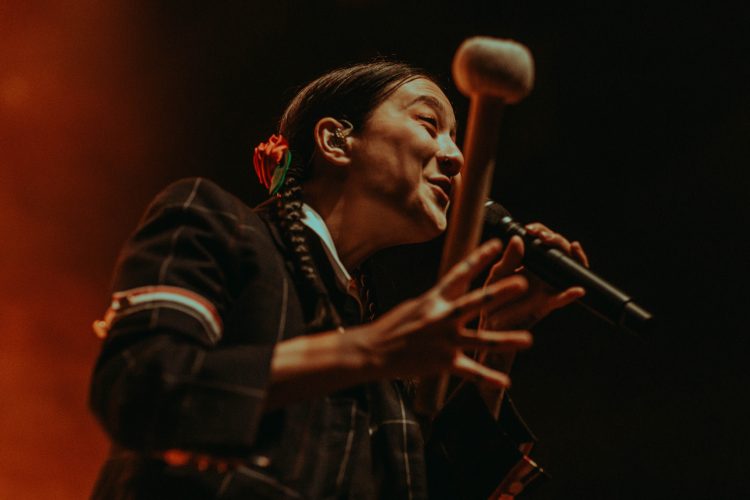 Editor’s note: One of the highlights of this year’s Boston Calling was a Sunday afternoon set by Michelle Zauner’s indie pop project Japanese Breakfast. The band spent much of 2022 on tour supporting their 2021 album Jubilee, which became the first Japanese Breakfast album to chart, debuting at No. 56 on the Billboard 200. As they wrap up the touring cycle for their latest record, the band recently returned to New England for a show at Boston’s Roadrunner. Check out photos from the show below, courtesy of Brianna Gately.