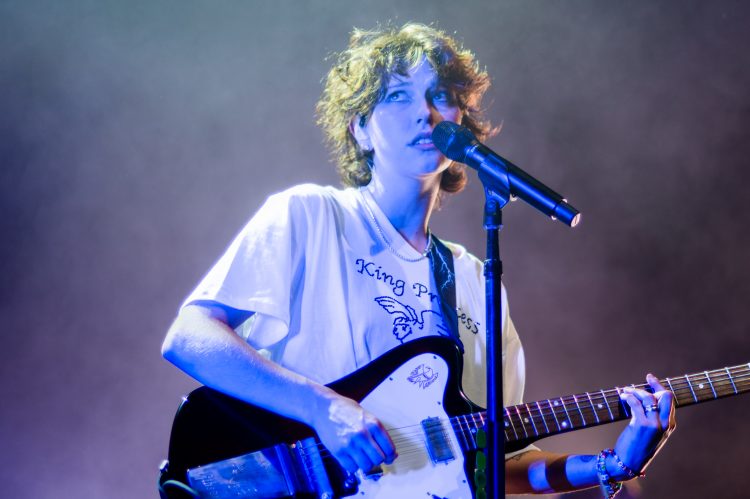 On her sophomore studio album Hold On Baby, King Princess got the chance to work with a star-studded cast of musicians. Contributions came from The National’s Aaron Dessner, Justin Vernon (Bon Iver), the late Taylor Hawkins, and more. The album’s lead single, “Little Bother,” came out in January in the midst of a tour with Kacey Musgraves. She’s currently on a headline tour of her own that recently visited New England by way of a stop at Boston’s Roadrunner. Before taking the stage, King Princess offered local drag queens Static and Throb Zombie a chance to perform a short routine of their own. Check out photos below from the show including the drag performance and tour support St. Panther.