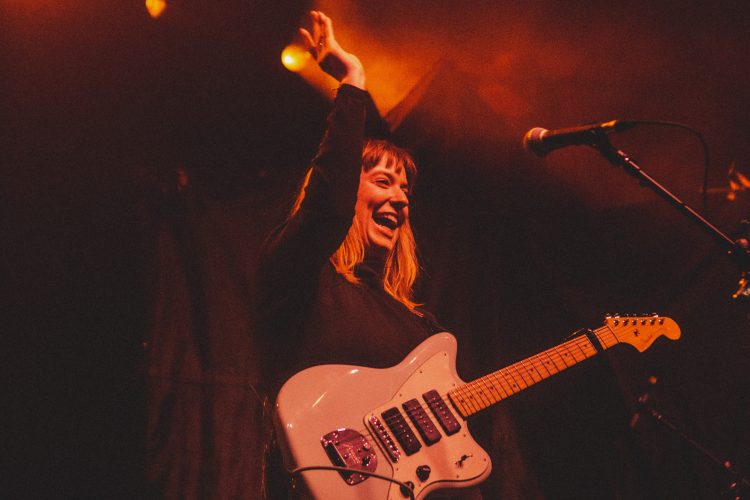 Editor’s note: We’ve seen quite a bit of Jordana this year, with a headline set at The Red Room at Cafe 939 back in June and an appearance at Boston’s House of Blues opening for Local Natives in August. Last night she was back once again, this time opening up for American Idol alumna Remi Wolf. Jordana has been climbing the pop ladder since the release of her third studio album, Face the Wall, in May. Her most recent single “SYT” dropped last Tuesday, and in November she’ll be releasing an EP titled I’m Doing Well, Thanks for Asking. Considering the company she’s been keeping on the touring circuit, we’d have to agree that she’s doing pretty well. Check out some shots of last night’s set below, along with a couple from Remi Wolf’s set as well courtesy of Alexandra Santos.