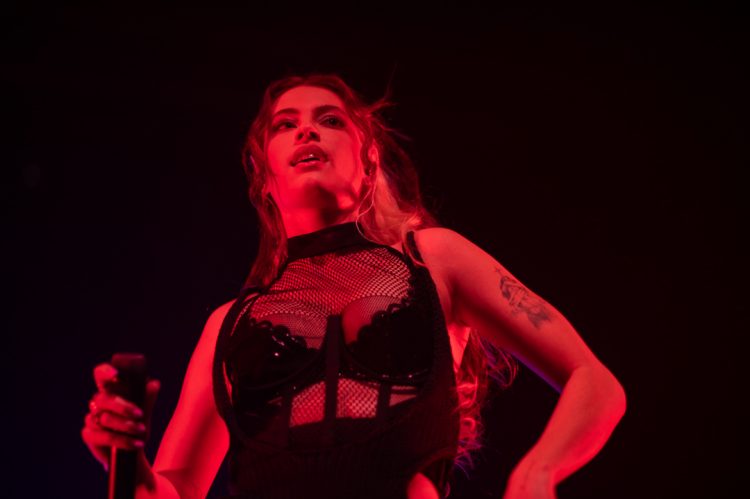 New Jersey born pop singer FLETCHER was in New England recently, touring in support of her debut studio album, Girl of My Dreams. The show brought a lot of hype as it sold out months in advance and the only options for re-sale tickets were in the neighborhood of $100+ for upper level tickets. Before doors open the line stretched all the way up Lansdowne St. even spilling over to the David Ortiz Bridge. Vérité kicked things off before FLETCHER’S set with a short, serene set. FLETCHER’S was much different, high energy from the start. With arena worthy production, there were many different visual elements to her set. You can check out photos of both sets below.

Listen to FLETCHER’S new album Girl of My Dreams – HERE.