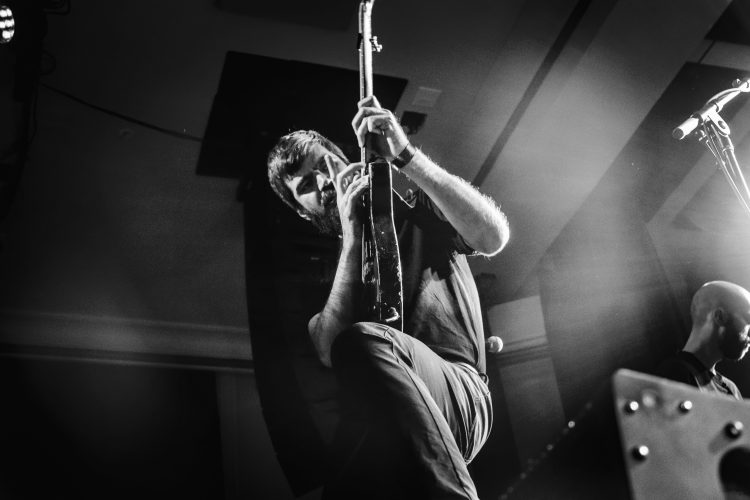 Editor’s note: New Jersey punk rock veterans Titus Andronicus are fresh off the release of their seventh studio album, The Will to Live, which debuted on September 30th. The LP is the band’s first release since the death of keyboardist and founding member Matt Miller. Most of the record was written after Miller’s death and the grief experienced by lyricist and vocalist Patrick Stickles is a central theme on several of the songs. The band has been on tour in support of the album since September 24th, and last night they concluded their tour with the final show of a five date run in New England that included stops in Massachusetts, Rhode Island, and New Hampshire. Check out some photos below including some from openers Country Westerns, courtesy of Cayden Larrosa.

Listen to Titus Andronicus’ new album The Will to Live – HERE.