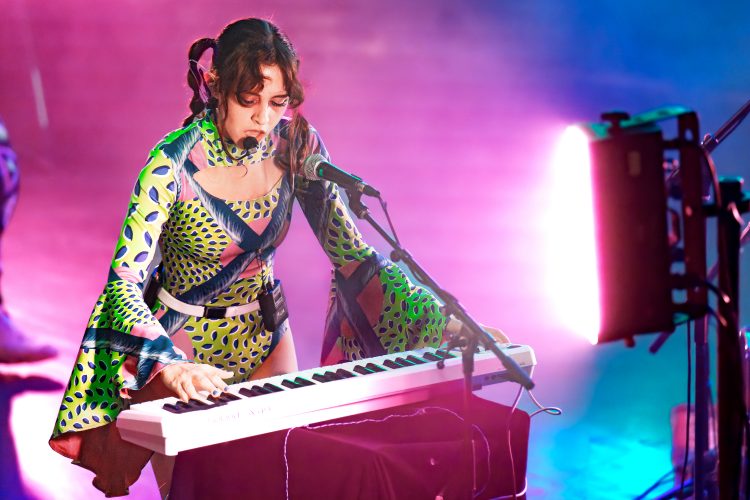 Editor’s note: Miami, FL synth pop duo Magdalena Bay put on the type of live show that you just have to see to understand. The pair released their debut studio album Mercurial World last October and have been on tour supporting it since. They’ve visited New England a few times since dropping the album, and earlier this month they were back again, playing an early show at Royale in the Theatre District of Boston. Check out vibrant photos from their show below, courtesy of Julia Finocchiaro.