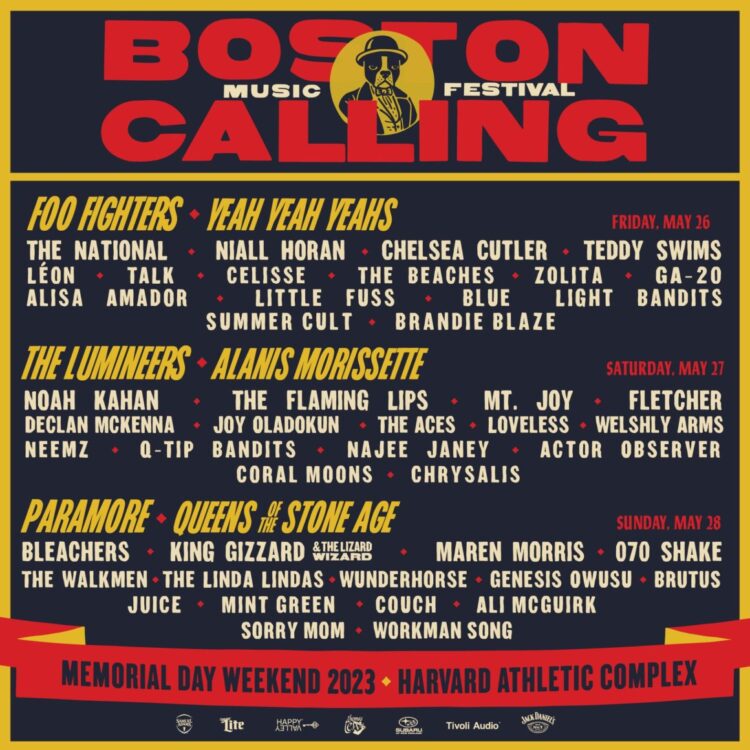 Walking up to the gates last year, seeing that arch we’ve come to know and love in Boston, it felt like it wasn’t even real life. Living down the street from the now beloved festival grounds that take over the Harvard Athletic Campus over Memorial Day weekend, seeing the Ferris wheel being built. The same Ferris wheel that, at the last Queens of the Stone Age appearance at the fest in 2018 and now headlining this year, frontman Josh Homme asked the crowd, “Who wants to puke with me on that thing later?”

To see the stages slowly be built  and walk onto the festival site that Friday. I was figuring out the bands I had to see (starting the day with the indie queen Paris Jackson) and singing with the most mixed crowd I’ve ever experienced at Avril Lavigne. Then, watching the electrifying Nine Inch Nails performance that night, it all just felt right.

While the festival’s return was great last year, despite a few, you know, minor setbacks, of The Strokes having to drop off the night before with a Covid case as well as a mini monsoon,  this year’s lineup is like no other. And obviously, things were out of the hands of the festival following the devastating loss of  Foo Fighters’ long-time drummer Taylor Hawkins. But the festival is returning with a bang in 2023.  The lineup was just announced yesterday, a festival announcement that was a precursor to what felt like every other major festival getting announced; with Coachella, Bonnaroo, and even more to be mentioned, the organizers truly outdid themselves with this year’s lineup. With two headliners every night, including the joyous festival debut by Foo Fighters after the obvious horrible loss of Hawkins, as mentioned above, and female representation in at least one of the headline acts each night, the festival organizers curated the lineup perfectly. It brings Alanis Morrisette’s first show in New England since 2012, a return by the recently reunited Paramore, who are on the cusp of delivering their first album back as a band next month. In addition, we see acclaimed producer Aaron Dessner’s group, The National, back on the lineup, as well as a return by Queens of the Stone Age and first-time appearances by The Lumineers and the  Yeah Yeah Yeahs.

Besides the top-billed, though, it’s a constant hits parade of old and new, long-time established and the faces that have already been skyrocketing in success. You have the first One Direction former face Niall Horan, a country long-stay with Maren Morris, and the quickly moving Noah Kahan, a New England mensch. Young ladies in rock are all over the bill, be it in the form of Utah’s The Aces to The Beaches to quite possibly the youngest performers to ever play the festival, and likely their first MA show, with The Linda Linda’s who developed during Covid.

The musical action won’t just be limited to the primary colored stages we’ve grown to love, though. After last year’s debut of the Tivoli/Orange stage, one that brought crowds just as giant as the ones who flocked to the other stages, a kaleidoscope of the Boston current music scene is well represented on this year’s lineup. Be it long-time punk favorite Actor/Observer to a voice that’s been filling local venues for years with Ali McGuirk, it’s sure to be a packed crowd every day for the plentitude of local acts on this year’s run. The number of great acts may be overwhelming, but you have a few months to immerse yourself in the favorites you see and some names you may need to be aware of. Of course, the music isn’t the only star of the show; there are always some great installations, plenty of great food options (I always recommend the Perogi’s, for one), and craft beer galore. Similar to last year, there’s an app to plan your schedule and get updated alerts if anything changes. Tickets are first available tomorrow in a pre-sale starting at 10 am, for both single-day tickets and the three-day pass, at Boston Calling! There’s also a new level of tickets called GA+ that offers a shaded lounge, which we know is vital with the fluctuating weather.

Until then, time to put together my “homework assignment” playlist, and I look forward to seeing you there!