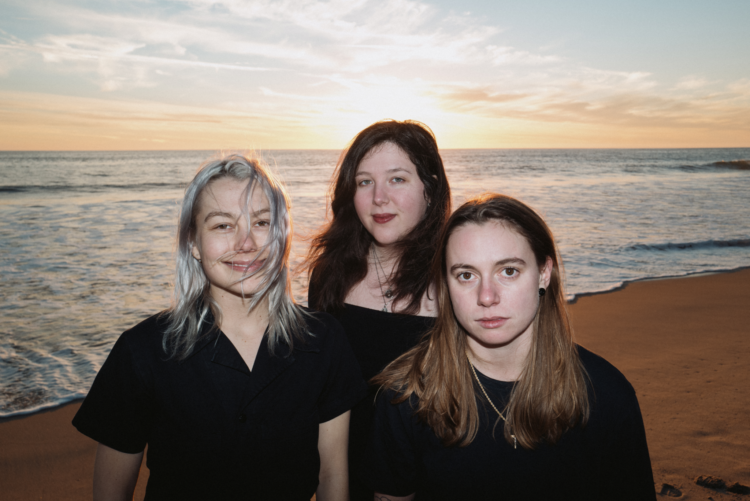 When that Coachella lineup sprouted up, one couldn’t help but spot boygenius‘s name on the bill. A name we haven’t heard much of since their much-acclaimed debut self-titled EP. The talented trio just broke the internet after announcing their first full-length album. Aptly titled The Record (March 31st, 2023), Phoebe Bridgers, Julien Baker, and Lucy Dacus are returning to your airwaves, and the news couldn’t be sweeter. Dropping the first three singles today, it’s a vision of what all three bring to the table to make this project one of the most loved super groups over the past few years. Be it Baker’s guitar riff-driven “$20” to Bridgers’s swoony “Emily I’m Sorry” to the quippy “True Love” coming from Dacus. The latter has one of the best lyrics I’ve heard in a hot minute, “You say that you’re a winter bitch, but summer’s in your blood. You can’t help but be the sun”.

It’s a vision that started coming together as early as 2020. Fresh off the release of Bridgers’ record, Punisher, Bridgers reached out to Dacus and Baker by sending out “Emily I’m Sorry” to them, asking if they could be a band again. In response, Baker quickly started a Google Drive folder titled, “dare I say it?” The possible songs promptly flowed in. The three have all established stellar solo careers, be it Grammy nominations to amphitheater tours. All three have hit the road at one point on a headlining run in these post-lockdown times. But it’s clear the bond these three still have to each other. And it’s one the music scene craves and is sure to be a smash.

The trio waited until they were vaccinated to jump back into in-person writing sessions together, culminating in a brutal recording session regarding the album. The Record was recorded at Shangri-La Studios in Malibu over relentless 10-hour day recording sessions for a straight month. It reads as an incredible give-and-take, collaborative writing and recording experience that will reap some excellent results. So blast the tunes here, and you can pre-order the album here as of today!