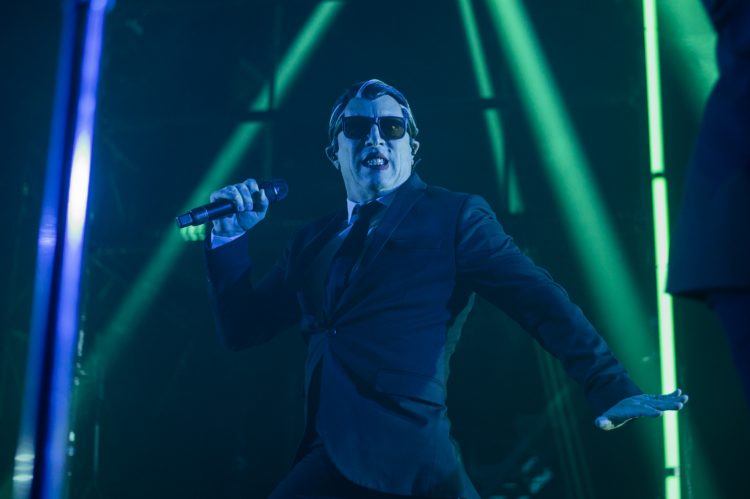 Maynard James Keenan comes to us in many different forms, the latest of which came via a visit comedy infused experimental rock group Puscifer who are touring in support of their 2020 album, Existential Reckoning. The band was in the New England area last week bringing their special brand of weirdness with them. As with all projects involving MJK, a strict no cell phone policy was in effect, however this time a more humorous spin was put on it, as during the intro video, Keenan’s character Agent Dick Merkin warned attendees that they would be ejected from the show and turned into SPAM if caught using their phones. The night was filled with the special blend of rock and laughs that Puscifer have become known for. To scan through some photos from Puscifer’s recent New England area appearance, click below.